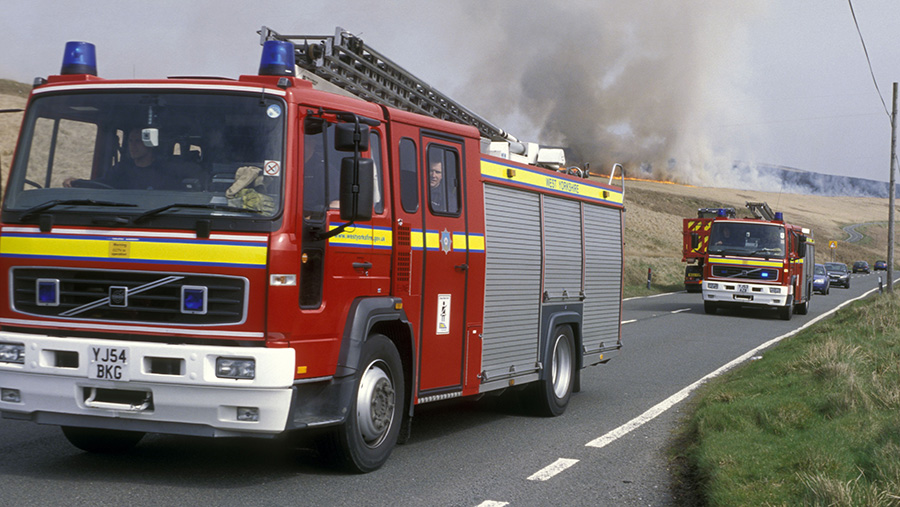 More than 10,000 straw bales worth £150,000 have been torched in a suspected farm arson attack, one of the largest ever in the UK.

Smoke could be seen billowing for miles after the huge fire that took place on the farm in Retford on Thursday (31 August). Within a few minutes, the whole field was engulfed in flames and black smoke.

Firefighters brought the flames under control and stopped the fire spreading further. But they had to let the straw piles burn down.

The following day, a large smouldering pile of waste in the field made for an apocalyptic scene.

Mr Roworth rushed to the scene with his brother in minutes after they were alerted to the fire at 8.20pm on Thursday and they found two separate fires on neighbouring stacks.

“I returned 10 minutes later with a loader tractor to try and salvage some straw and machinery,” he said.

“One bale trailer was salvaged but a second was destroyed and it was evident that the fire was progressing through the stack site very quickly and it wasn’t safe or feasible to salvage any bales.

“By 11:30pm the whole site was well ablaze, destroying in excess of two-and-half thousand tonnes of straw.”

The straw was destined to supply local power stations in Brigg and Sleaford, as well as livestock farmers and farms that grow vegetables in the winter.

Mr Roworth added: “It is frustrating and saddening to see the result of a very trying harvest destroyed by mindless vandals.

“In a season like this, straw is scarce enough due to reduced yield and increased market demand. This will put pressure on an already stretched industry. More awareness is needed for such soul-destroying actions.”

Firefighters suspect the blaze, in a field off Babworth Road, Retford, was started deliberately.

Anyone with information is urged to contact Nottinghamshire Police on 101.