A farmer has been hailed a hero for leaping into action to save livestock trapped in an overturned lorry after an accident on an A-road in Northumberland.

Michael Scott, who also volunteers for Northumbria Police as a special constable, arrived at the scene late on Monday 24 August to find 30 lambs, 25 cows and nine ewes distressed and trapped in the overturned lorry on the A69, near the junction with Halthwhistle.

The quick-thinking farmer checked on the driver, who was not seriously injured, and opened air vents on the vehicle. He then moved the terrified animals along their pen to prevent crushing by banging his truncheon against the lorry.

Emergency support arrived on scene, assisted by Northumberland Fire and Rescue Service, and vets were able to safely release the animals and check their welfare.

Three cows could not be saved.

Mr Scott, 59, has volunteered as a special constable for 36 years and spends his days looking after livestock and working on tractors.

Special constable Scott said: “The sheep were in a big pile and they had just frozen because they were so scared, so initially I just tried to get them moving because if they didn’t then some of them would suffocate.

“It was a long and lengthy recovery that lasted a few hours, but it was a real team effort between ourselves, the fire service and the local vets.

“I was filthy at the end of it, and I was sat in the bath at about 4.30am trying to clean all of the animal waste out of my hair!”

At one point during the rescue, he can be seen crouching on top of the overturned lorry, co-ordinating the operation. 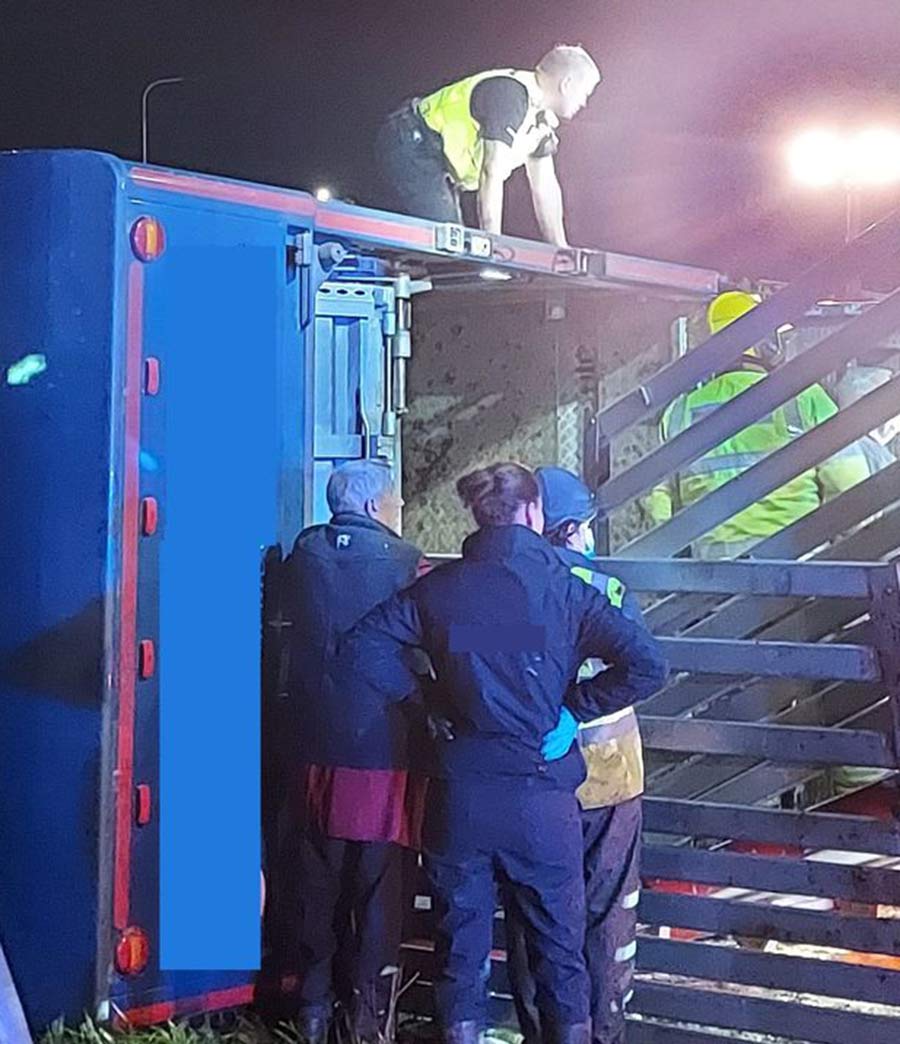 Ch Insp Neil Hall, from Northumbria Police, said: “This was a fantastic piece of work by Michael and we are all very proud of his efforts.

“He went above and beyond by climbing on top of the lorry to do anything he could to try to save the livestock until further support could arrive.

“It was on a busy carriageway in the dead of night and so releasing all the animals was not an option, but his actions have certainly prevented many more deaths.”