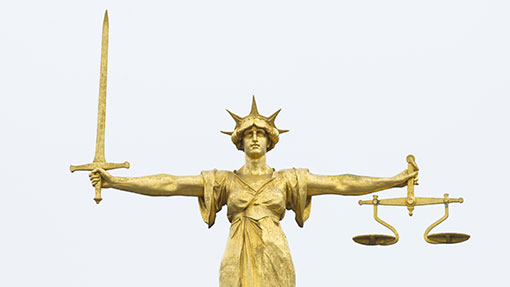 A farmer has gone on trial accused of manslaughter by gross negligence of a rambler who was allegedly killed by one of his bulls while walking across a field.

Roger Freeman was attacked along with wife Glenis on a public footpath that crossed land farmed by Paul Waterfall in Stanford-on-Soar, Nottinghamshire.

The 63-year-old suffered horrific injuries and died at the scene after being charged and repeatedly tossed in the air by the animal, which prosecutors claimed Waterfall had himself previously described as “nasty and aggressive”.

He is also alleged to have told two power workers attacked in an incident six weeks before Mr Freeman’s death that the 19-month-old Brown Swiss bull, named Moonriver Zac Pi, but known as Zac for short, “kept walkers on their toes”.

Mrs Freeman, who was 67 at the time, survived by climbing over a fence and flagging down a passing motorist. She was critically injured and had to spend weeks in hospital before being allowed to return home following surgery.

The bull was destroyed after Mr Freeman’s death.

How the attack happened

The couple, who had been married for 42 years, were experienced ramblers and were attempting to walk the 15 miles from Nottingham to Loughborough, where they had booked an overnight stay, when the incident took place.

The following day they had planned to trek from Loughborough to their home in Glen Parva, Leicester.

However, tragedy struck around 12 miles into their journey as they walked through dairy farmer Waterfall’s field, one of 23 he farmed covering 300 acres, in the fading light at around 4pm on November 12, 2010.

Nottingham Crown Court heard they noticed a herd of cows to their right, but that when they were about halfway across Mrs Freeman heard her husband say “there’s a bull in the field”.

Andrew McGee, prosecuting, told jurors that Mr Freeman told his wife, who was ahead of him, to “just keep walking, don’t hang”.

But he added: “The next thing she heard was a sound like ‘ooff’ from Roger. She looked around and saw Roger on the ground, and a bull there.

“She said it was brown and slobbering a lot, with horns that were 12 inches long and curved.

“Despite her best efforts to distract the bull it attacked her and continued to attack Roger. It looked excited and starting pawing the ground then ran at her ‘like a bull in a bull fight’.

“Roger said the bull had got him on the groin. Mrs Freeman said the bull continued to attack Roger with him down, and that it tossed him up. She said it kept going for him, even though she managed to get in the way once, and was put to the ground.”

Mr McGee told the court that Mr Freeman, a retired roofer, told his wife to get out of the field, and that the last thing she heard from him was “I’m sorry my baby, I can’t get us out of this”.

A driver passing the scene helped Mrs Freeman, who was in “total shock and a lot of pain”.

Paramedics and police officers were called and eventually found Mr Freeman’s body, which was naked except for his boots and underwear. A post-mortem examination revealed he suffered broken ribs, shoulders and upper arms, and fractures to his vertebra. Mrs Freeman had to undergo surgery for chest and abdominal injuries.

Mr McGee said that Waterfall, 39, told police officers who interviewed him after the incident that the bull was supposed to be in another field.

The farmer, who owned 500 cattle and supplied milk almost exclusively for the Stilton cheese industry, added he knew about the footpath, but could not explain how the bull had got into the footpath field.

Mr McGee told jurors Waterfall had a “duty of care” to members of the public who were using the right of way, which had existed since 1957, across his land.

He said: “It is the Crown’s case that Paul Waterfall, having that duty of care and knowing his bull posed a real risk of death to the public, was grossly negligent in that he took no steps at all to deal with that risk, as a result of which Roger Freeman was killed in foreseeable circumstances.

“Therefore, it is all the more tragic, and the defendant’s culpability all the greater, because Mr Freeman’s death was completely avoidable.”

The court heard that in the month before Mr Freeman’s death, the bull had twice charged workers carrying out electrical work in the field. After the first incident, in which two engineers managed to escape unharmed, Mr McGee said Waterfall told them Zac was a ‘nasty, aggressive bull that he himself was wary of, but that he kept walkers on their toes.’

Mr McGee added: “The Crown says these comments are obviously significant, in that they reveal Paul Waterfall, six weeks earlier, was well aware Zac was aggressive and presented a danger to walkers in the footpath field.”

He said that jurors would hear from veterinary witnesses who would claim that the earlier incidents were proof Zac was capable of “unprovoked, aggressive and dangerous” behaviour, with “well-developed territorial instincts’, and that he should have been culled before he could attack Mr Freeman.

It is alleged he breached a duty of care he owed Mr Freeman as a keeper of cattle encompassing a public right of way by failing to ensure the bull was properly confined, failing to take action after two incidents a month earlier, failing to erect warning signs or maintain adequate gates.

The trial, which is expected to last up to five weeks, continues.