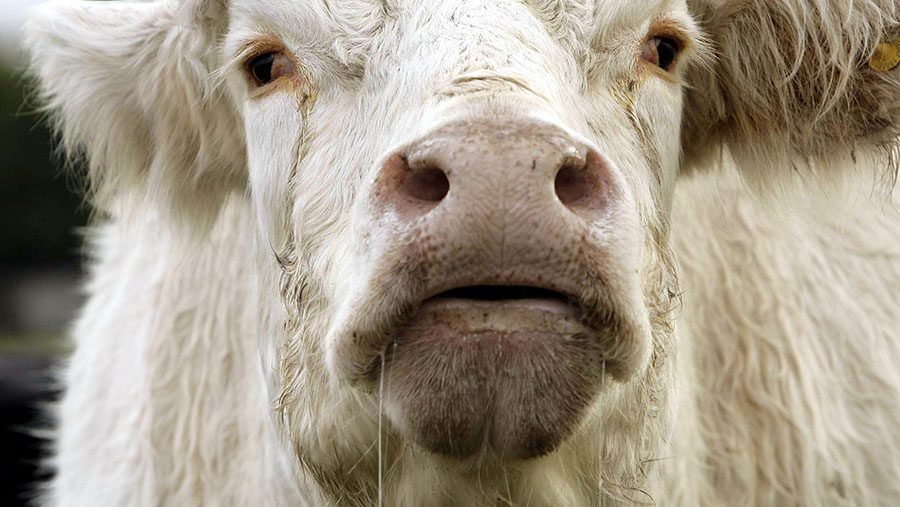 A South Wales farmer is facing a compensation bill of up to £50,000, plus costs, after one of his Charolais bullocks jumped a 6ft fence and caused a serious road accident.

The incident happened in December 2011 when the panicked animal crashed through a hedge and other fences before straying on to the A465 dual carriageway at Glynneath, South Wales.

Passing motorist, Martyn Williams was badly injured when his car smashed into the bullock killing it.

Appeal Court judges said the bullock’s owner, Jeffrey Hawkes, could not have predicted the animal’s escape, but would still have to compensate the motorist under the Animals Act 1971.

Lord Justice Davis explained the bullock had been bought by Mr Hawkes’ father, Derfyl Hawkes (now deceased), of nearby Pencomin Farm, just the day before the accident.

He had put it out in the field with other cattle, but the animal escaped, jumping a 6ft fence before careering about a mile and a half to the road.

Mr Williams, driving a Ford Mondeo, smashed into the bullock, suffering amnesia and other injuries as a result of the accident.

Ruling on the original case at Cardiff County Court last year, Judge Lloyd Williams QC cleared the farmers of negligence, saying their care of the bullock had been “impeccable”.

But the judge nevertheless found Jeffrey Hawkes, who was sued on behalf of his late father’s estate, liable to compensate the injured motorist.

Mr Hawkes took the case to appeal, but that appeal has now been rejected, with Lord Justice Davis saying liability under the 1971 Act did not require proof of negligence.

The farmers would have been aware that Charolais cattle “have a propensity to act in a wholly unpredictable manner” when frightened, he said.

Although the amount of the motorist’s payout has yet to be assessed, he is claiming up to £50,000 damages, the court heard.

Mr Hawkes was also ordered to pay the action’s legal costs, estimated at another £40,000.