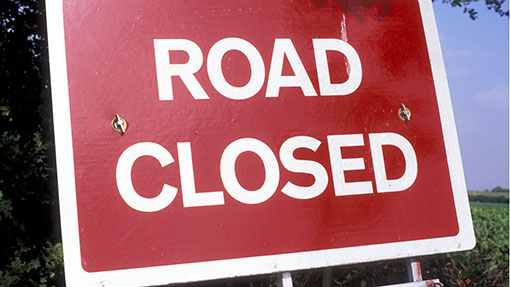 A Somerset farmer is planning to build a £1m toll road across his land to provide an alternative route for frustrated commuters.

A landslip during the winter storms in February forced the closure of the A431 between Bristol and Bath, adding an hour to road journeys.

Now John Dinham of Roundhill Farm, Kelston, is hoping his plans for a 400m bypass laid through a field of pasture will help ease traffic problems in the area.

“The main stumbling block will be planning permission and insurance but we are in the process of trying to sort these out,” explained Mr Dinham.

“We are talking to local councillors about offering them a solution.”

On average 7,000 vehicles use the A431 each day, according to Mr Watts, who predicts about 1,000 would use the toll road, if it gets the go-ahead from councillors.

Motorists will be charged £2 each way to drive on the two-lane road, which would be manned around the clock and is estimated to cost about £1m to put in place and run.

Buses and emergency services would be able to use the route free of charge with the road having a 3.5t weight restriction and a 10mph limit.

Mr Watts added: “The closure has caused chaos in recent months, affecting local business and clogging up small country lanes. This would be huge in helping to ease the problems.”

Funded by private investment, the road could be constructed in five days if needed with a firm already hired to begin work, said Mr Watts.