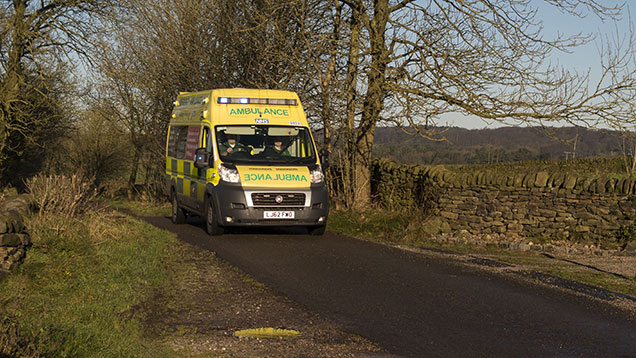 A farmer and his tractor came to the rescue of a man who fell off his bike in a motocross accident.

The farmer, who has not been named, ended up helping an ambulance with the patient on board after it got stuck in mud in Shrewsbury, Shropshire.

West Midlands Ambulance Service was called to reports of a man who had come off his bike at a motocross event near Bicton Lane, Shrewsbury, at around midday on Sunday (8 March).

An ambulance, a responder paramedic and a paramedic area support officer were sent to the scene.

When ambulance staff arrived at the event they found a man, thought to be in his 20s, being cared for and treated by onsite medical staff.

The man had reportedly fallen from his motocross bike and sustained a back injury.

Once he had been immobilised with a neck collar and spinal board he was transferred to the ambulance.

But while the ambulance was attempting to leave, it got stuck in the mud and it needed the intervention of a farmer and his tractor.

A West Midlands Ambulance Service spokeswoman said: “The event was accessible via a lengthy farm track.

“The ambulance got stuck in a particularly muddy patch on the field as it was about to leave but, thankfully for the ambulance staff, a local farmer with a tractor was on hand to help quickly tow it out of the mud.

“Once back on the track the ambulance conveyed the man, who was in a stable condition, to Royal Shrewsbury Hospital.”