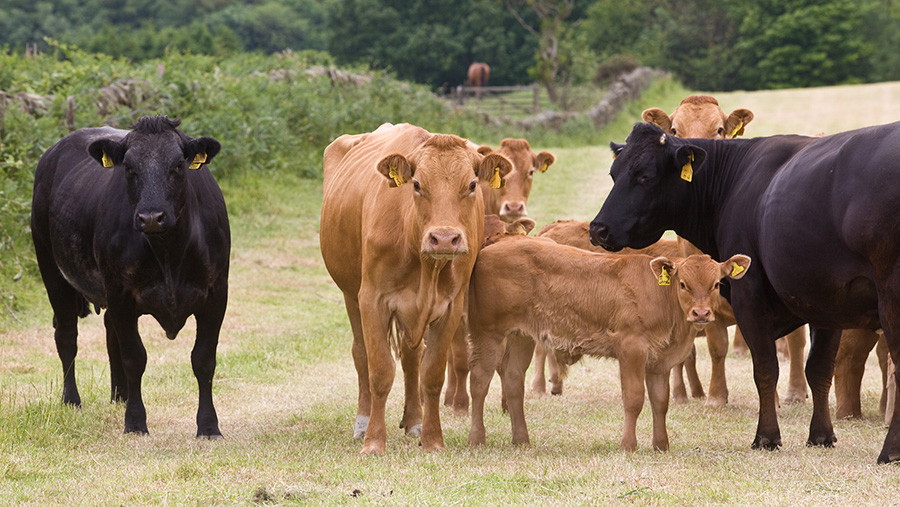 A devastated farmer has appealed for the safe return of his eight Limousin cows which were stolen in an overnight raid on a farm in Dorset.

Brazen thieves who nabbed the Limousin cross-breed cows – worth £7,000 – even ripped the CCTV camera off the wall to avoid being snared.

The gang struck at Philliols Farm, in Bere Heath, Wareham, shortly before 3am on Sunday (8 January).

Eight Limousin cross-breed – six steers and two heifers – were rounded up and believed to have been taken away on a large trailer.

Before the thieves left the farm, they used an angle grinder to tear off the locks from the wall and remove the CCTV camera from inside the cowshed.

“It feels like you have been hit in the stomach,” said shocked farmer Stephen Harrison. “Whoever took the cattle clearly knew what they were doing.

“I have got a 16ft triple axle trailer which can load up eight cows. The thieves left the trailer, but will have used something like it remove them.

“Some of the cows had pneumonia so we had put a race in to allow them access in and out of the building to be with their mother. It appears the thieves used the race and hurdles to load them up.

“They ripped the CCTV cameras off the wall, so we have got no evidence. But police say they are checking CCTV cameras on the A31 to see if they can pick up cattle trailers going past in the early hours of the morning.”

The cows (similar to the ones pictured) are jet black or red, eight months old and described as “big and strong”.

The cows had yellow ear tags and Mr Harrison believes the thieves could attempt to remove and swap the ear tags before trying to sell the animals on.

Police said the theft was planned and whoever is responsible must have experience in handling livestock.

Sergeant Steve Haywood, investigating from Dorset Police, said: “This was a planned robbery and any information would be gratefully received.”

Anyone with information or if anyone is offered the cows is urged to call Dorset Police on 101.