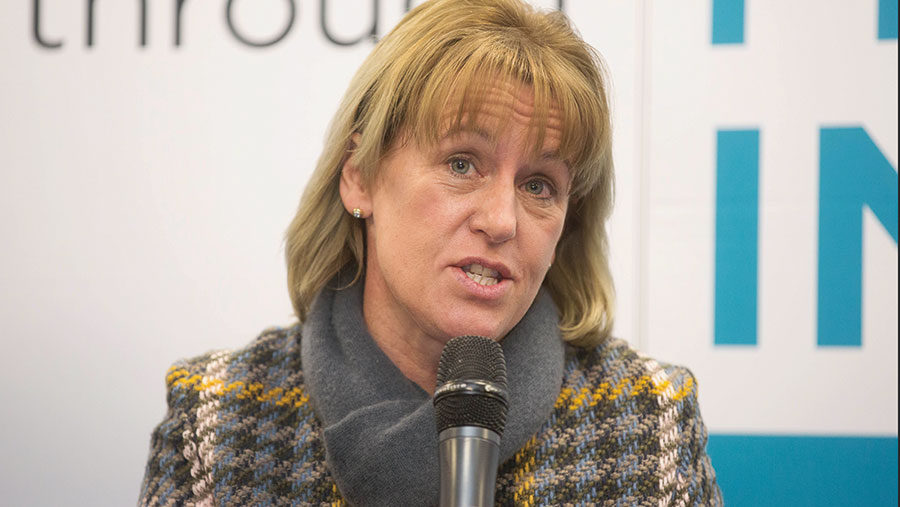 Wiltshire beef producer Minette Batters has the widespread backing of grassroots farmers in her bid to become the first female NFU president in the union’s 109-year history.

Some 68% of respondents to a Farmers Weekly reader survey say Ms Batters is their preferred choice for NFU president. Her sole challenger – Essex farmer Guy Smith – scored 32% in the same poll, conducted in the run-up ahead to next week’s leadership elections.

Voting proper is due to take place on Wednesday, 21 February, immediately after the union’s annual conference in Birmingham. If she wins, Ms Batters will become the NFU’s 35th president.

Despite her broad appeal, however, the result is not a foregone conclusion. The NFU leader is elected by the union’s ruling council – comprising 80 or so farming representatives from across England and Wales – rather than by a one-member one-vote poll of all 50,000-plus NFU members.

That said, it would be an upset if Ms Batters doesn’t win. Many council members view her as a determined and forward-thinking moderniser well-suited to leading the union following Meurig Raymond’s decision to stand down after an NFU career spanning five decades.

The elections will also see a new NFU deputy and vice-president. Some 50% of FW readers say Mr Smith is their preferred choice for deputy president – ahead of Hertfordshire farmer Stuart Roberts (22%) and West Midlands farmer Michael Oakes (18%).

Again, the final outcome remains uncertain at this stage. Candidates must secure at least 50% of the vote to be elected. If this doesn’t happen in the first round of voting, the candidate with least votes drops out and voting is repeated – with the pecking order sometimes changing – until a winner emerges.

The FW survey – a self-selecting poll which attracted more than 300 responses – was conducted over two weeks ending Friday, 9 February.

The results suggest Leicestershire farmer Charles Sercombe was right to withdraw his nomination for deputy president, scoring just 10% of the vote.

Instead, Mr Sercombe will concentrate on his bid to become NFU vice-president. This will be a keenly fought contest and an extremely tight race between five candidates who all have a chance of winning – depending on who is elected deputy president.

Brexit is ‘top priority’ for farmers

Securing a favourable Brexit deal for farmers should be the top priority for the NFU’s new leadership team, suggests the Farmers Weekly survey.

Leading agriculture successfully through Brexit and beyond is the most important challenge facing the incoming NFU president, according to a “word cloud” ranking the most frequent survey responses from FW readers. 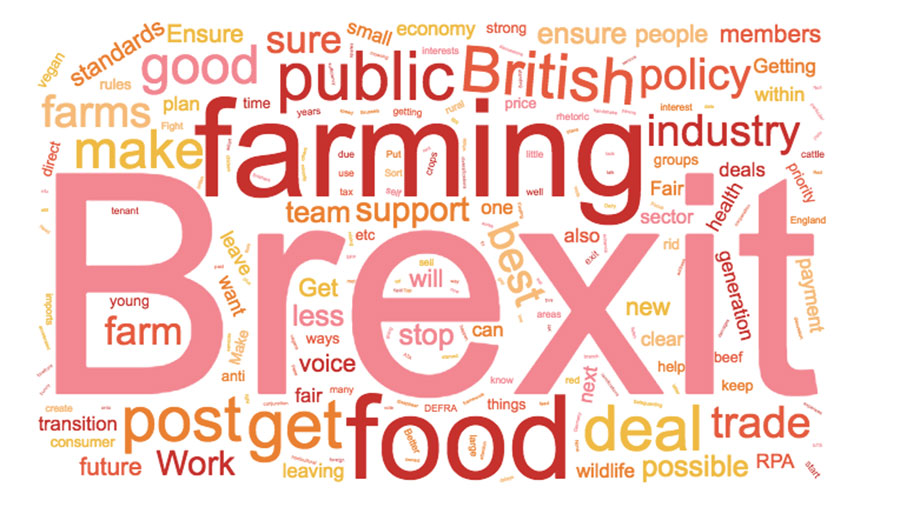 The need to secure a smooth transition from the CAP to a new domestic agricultural policy was repeatedly highlighted by farmers – including the need for the government to a void a cliff-edge Brexit and address issues around trade and labour.

These issues – and others – were recognised by all NFU election candidates during hustings ahead of voting on 21 February. So too was the need for officeholders to work well as a team to highlight the benefits of farming to the public and secure the best deal from government.