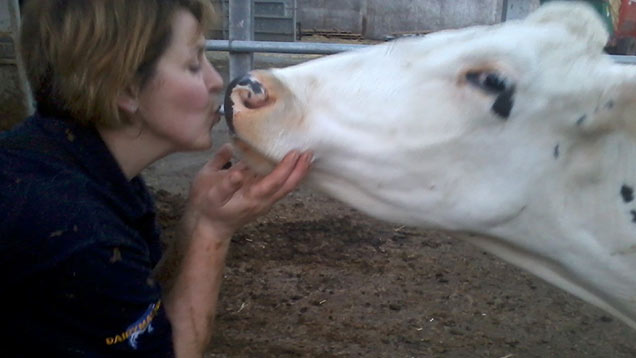 A farmer’s daughter known as the “Cowshed Cinderella” has won £1.3m from her parents after working on the family farm for 30 years and missing out on her youth.

During a bitter court battle, Eirian Davies fought for a share in Caeremlyn Farm near Whitland, Carmarthenshire, after her parents changed their will.

Tegwyn and Mary Davies had promised her she would inherit most of the £3.8m farm and in return she worked for them for 30 years, either unpaid or at a low pay.

She said she missed out on a social life by staying at home to work tirelessly while her two sisters, Enfys and Eleri, went to young farmers’ dances.

Ms Davies claimed that until she reached the age of 21, she was paid nothing at all for her work on the farm. And, after that, there was a period when she was paid just £15/day for milking the cows, although sometimes she received more.

She said she was shown a draft will in 2009 that left the lion’s share of the farm to her. But when her parents, who are now aged in their 70s, changed their will and put the farm in trust to benefit all three sisters equally, she took them to court.

They also sought to evict her from a cottage on the farm where she still lives.

At the earlier Court of Appeal hearing, Ms Davies said her parents had always told her that the farm would be left to her. Her sisters had left home to pursue other careers.

“Even on my birthday, when the other girls were having things, they would say, ‘you will have the damn lot one day, it will all be yours’,” she said.

Mr and Mrs Davies had resisted her claim, insisting that she should only be given enough money to buy a house. But the court ruled that this would not truly reflect Ms Davies’ suffering nor the nature of her parents’ promise.

The appeal court ruled the farm was worth £3.8m and £1.3m was an “appropriate award” to Ms Davies.

Although the ruling appears to have drawn a line under a long-running feud, it is understood that Mr and Mrs Davies could appeal against the decision.