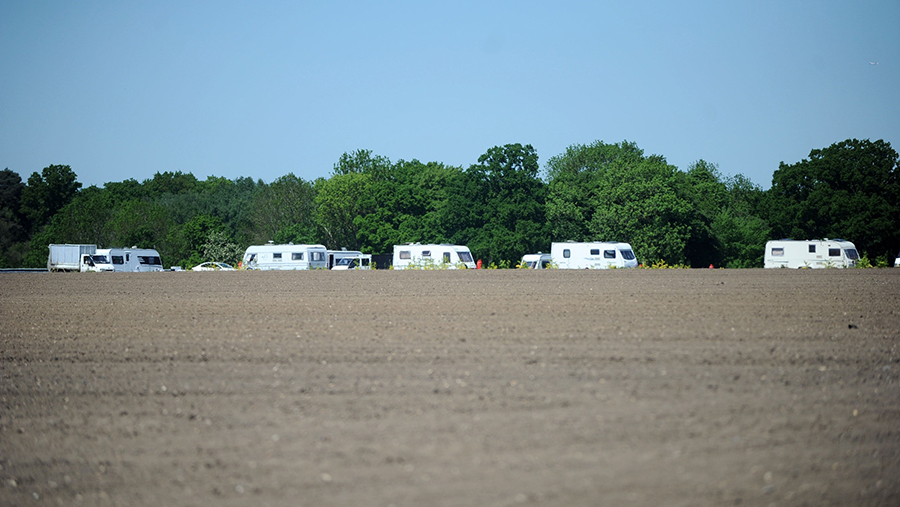 A landowner is facing a £10,000 clear-up bill after a group of travellers set up camp on a farmer’s field in Surrey.

Seven caravans arrived at the site of the former Wisley Airfield on Sunday evening (13 May).

Farmer Colin Rayner, who rents the land, discovered the unauthorised encampment when he started work on Monday morning (14 May).

“We arrived at the farm at 5am and found them sitting on the former runway,” Mr Rayner told Farmers Weekly.

“We found the locks on the gate had been cut off with portable angle grinders. Seven caravans were occupying an area of the site.

“We then called the landlord who got a bailiff to serve notice for them to leave by 8pm on Monday (15 May). I’m keeping well away from these people for the safety of my family and farm staff. Their reputation precedes them.”

The landowner, Wisley Property Investments (WPI), employed a security guard with a dog at the gate to prevent further caravans from entry.

However, under the Human Rights Act, the travellers must be allowed to come and go, especially if they need access to local hospitals and schools. 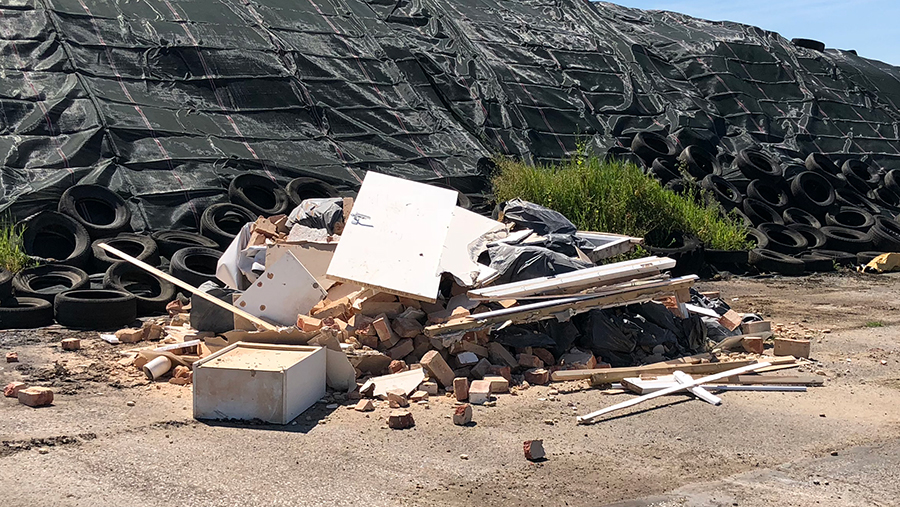 Fly-tipped waste left by travellers at the former Wisley Airfield

The caravans eventually left the farm on Tuesday afternoon (15 May).

But WPI is facing a clean-up bill of about £10,000 to pay for the security and bailiffs, repair the gate and remove the fly-tipped waste.

“This is how travellers make their money. They go around housing estates, take a load of muck and then dump it on my land for nothing,” said Mr Rayner.

“The landowner or farmer is then left to pick up the bill. If you are required to take the waste to a landfill site, it can cost £100 per tonne. A lot of this stuff is contaminated with asbestos, so the cost goes up.”

A spokeswoman for Guildford Borough Council said there was no council involvement, as the  incident happened on privately-owned land.

Surrey Police said they worked with the private landowner to provide advice and ensure a safe eviction. 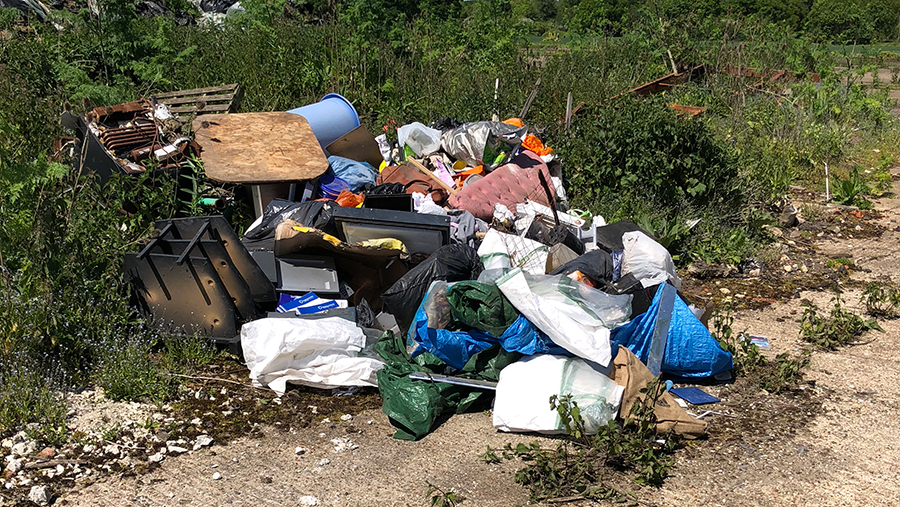 Christopher Price, CLA director of policy and advice, said: “Travellers who occupy land illegally should not be given significant protections which prevent their lawful removal.

“Existing powers of enforcement could be used much more effectively on private land if the local authority, police and other relevant agencies had a more co-ordinated approach and used their joint resources at an earlier stage in the development of an illegal camp.

“To really tackle illegal sites, the government must ensure there is suitable provision of lawful camps to avoid the issues that arise from unauthorised encampments.” 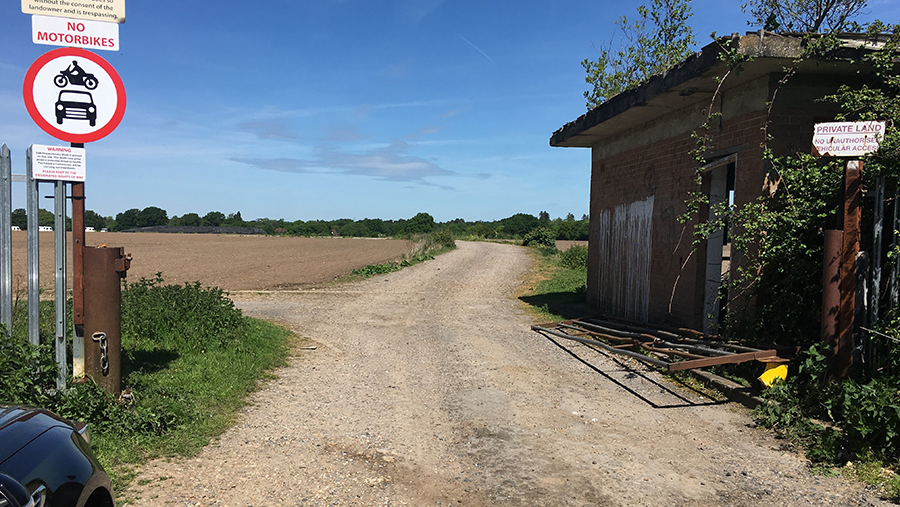 Travellers gained access to the field after a gate was broken down.

Gypsy and traveller encampment on your land – options

Advice and options for dealing with an unauthorised encampment

Last month, housing minister Dominic Raab announced a government review of the law and powers to deal with unauthorised caravan sites and developments.

The public consultation, which runs until 15 June, covers police and local authority powers, court processes, government guidance, the provision of legal sites, and the impact on settled and nomadic communities.