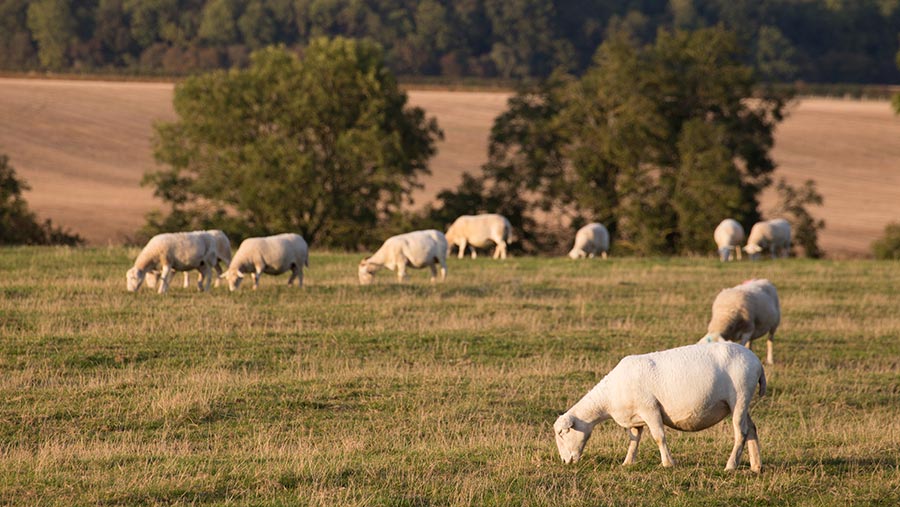 The farming industry is fighting back against “misleading” claims from vegans in the Veganuary campaign – by reminding the public about the benefits of meat and dairy in a balanced diet.

The National Sheep Association (NSA) said livestock producers found themselves in January arguing against a “torrent of false claims” of crimes against animal welfare, the environment and human health.

A Channel 4 documentary, Dispatches: The Truth About Vegans, which aired on Wednesday night (2 January) sparked an angry reaction from farmers. The programme featured calls for livestock farms to be burned “to the ground”.

See also: Meat eaters or vegetarians – who has better arguments?

The programme also featured comments from a vegan activist, Cath Kendall, who likened eating lamb to eating a human baby.

The NSA said the media were quick to promote these false claims as part of the Veganuary campaign, which aims to attract people to abstain from meat and dairy products for the month.

But NSA chief executive Phil Stocker slammed Veganuary as a “well co-ordinated campaign against livestock farming” which was “misguided and misleading”.

He said: “We are seeing criticisms from welfare campaigners, rewilders, climate change campaigners, and health campaigners – but all these are connected and ignore the fact that UK sheep farming works very much in harmony with our environment, our landscapes, and our human ecology.

“This creates a countryside the majority of the public love and food products that are healthy and nutritious within a balanced diet.”

An Oxford University report published last year concluded that removing meat and dairy products from the diet could lower a person’s carbon footprint from food by up to 73%.

But Mr Stocker pointed out the benefits of the UK’s unique grass-based method of sheep production and he argued that carbon footprinting tools ignored the role of grassland and grazing animals in storing carbon and organic matter in our soils – and in the wool that sheep produce.

“Some people seem hell bent on portraying sheep as a global enemy, but in fact they are the ultimate in renewable technology and are an efficient form of productive land management that is planet friendly,” he said.

Meat and dairy diet for 98%

NFU Cymru said it recognised that everyone was free to make their own dietary choices, but consumers should be allowed to make choices based on the facts.

John Davies, NFU Cymru president and a beef and sheep farmer from the Brecon Beacons, said: “Over 98% of the British public eat, drink and enjoy dairy and red meat products as part of a healthy, balanced diet. If the world became vegan it would likely result in a nutrient imbalance across the population.

“Livestock farming also plays a vital role in Wales’ countryside. Sheep and cattle graze hillsides where nothing but grass can grow, and in turn, convert it into the best protein on the planet.

“Only ruminants are able to convert this grass – which can’t be used for anything other than livestock grazing – into food for an ever-growing population.”

In Wales, he said more than 80% of the land was managed by farmers who were passionate custodians of the countryside.

“Welsh farmers recognise their role in protecting and enhancing our beautiful environment, reducing greenhouse gas emissions and maintaining biodiversity, and livestock grazing plays a vital part in all of these,” added Mr Davies.

In February, the UK dairy industry will urge consumers to support British dairy farmers with its social media campaign #Februdairy.

Red meat is a key source of protein. It also contains iron, zinc, B vitamins and potassium. Iron is key for cognitive function and physical performance, zinc is important for a normal immune function, and iodine is vital for growth.

Red meat is one of the richest sources of food for these types of nutrients. Dairy is a fantastic source of calcium and vitamins that contribute to strong bones.