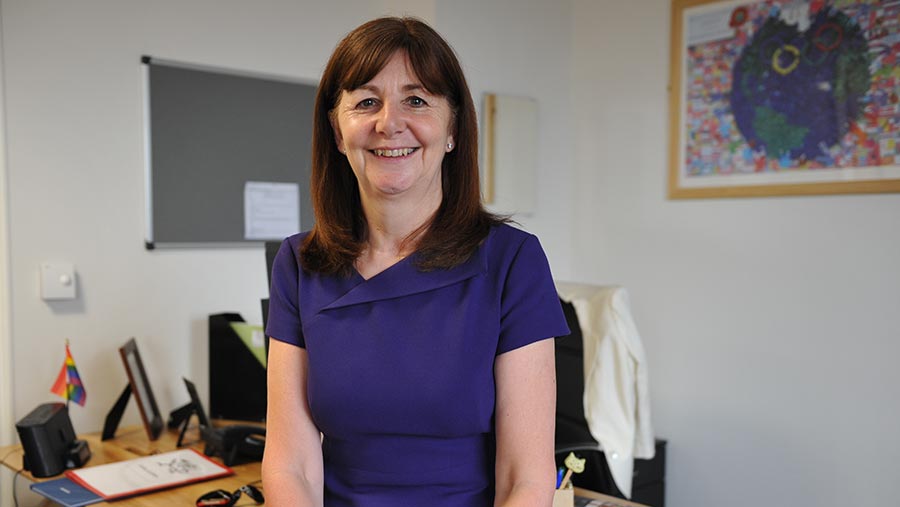 The new Welsh farming minister has come under fire for suggesting farmers are “perhaps not the best people to run a business”.

Wrexham AM Lesley Griffiths, who was recently appointed as the new environment and rural affairs cabinet secretary, made the comments in a plenary debate.

They were made in response to a question about strategic initiatives in the Welsh Assembly Government’s seven-year, £957m Rural Development Plan (2014-2020).

Two years into the RDP project, Welsh Conservatives told the Senedd Chamber that it had produced limited results – despite promises from Rebecca Evans, the previous Welsh minister for food and farming, that the plan would have a “transformational” impact on the rural economy.

Ms Griffiths told the chamber: “We do need to see much more of a transformational change, and we need to do that in partnership with the farmers.

“I also think we need to look at how we can help them with the sustainability and the resilience of their businesses, and to look at the business side of it.

“Because I think farmers, certainly in my very early discussions with them, are perhaps not the best people to run a business.

“They haven’t that kind of business perspective, yet they want to work with us in relation to that. This is just some of the farmers I have spoken to early in the portfolio—I’m not saying all farmers at all.”

The comments, made on 22 June, have only just come to light, following huge recent coverage in the media of the EU referendum.

The Welsh Conservatives said the remarks were likely to cause a “great deal of offence” to Wales’s farming community, which has 14,000 registered businesses and generates a £5.7bn annual turnover.

Calls for an apology

Speaking outside the Senedd Chamber on Tuesday (5 July), Andrew RT Davies, leader of the Welsh Conservatives, called on Ms Griffiths to make an immediate apology to Wales’s farming community.

“Farmers in Wales contribute billions to the Welsh economy – they directly employ 48,000 people and are among the most industrious and entrepreneurial members of our business community,” said Mr Davies.

“To say that ‘farmers are not the best people to run a business’ is not only highly offensive but calls into question whether she is in fact the right person to take this brief forward.

“It simply betrays her ignorance of this vital artery of the Welsh economy.”

In an exclusive interview with Farmers Weekly last month, Ms Griffiths admitted that she had no background or expertise in farming, but was keen to get to grips with some of the key issues in Welsh agriculture.