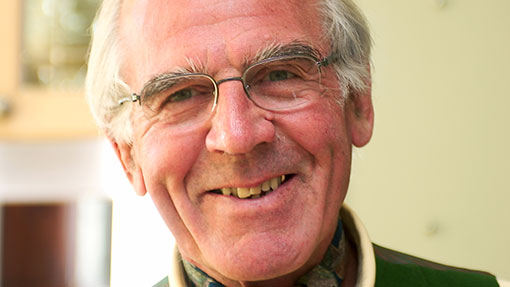 Maitland Mackie, the entrepreneurial Aberdeenshire farmer and businessman who influenced Scottish agriculture for more than 40 years, has died after a short illness, aged 77.

Dr Mackie, who was chairman of the family ice-cream company Mackie’s of Scotland, was a former NFU Scotland vice-president and former chairman of SAC, which he was instrumental in steering through the controversial merger of three regional agricultural colleges in the late 1980s.

Maitland was a colourful, innovative figure in Scottish farming politics and could always be relied on to think “out of the box” at union meetings. He shook the industry out of any complacency with ideas that were often ahead of their time and were frequently vindicated years later.

He instigated the country’s farm produce assurance movement, founded the Scottish Pig Industry Initiative, which developed the pigmeat sector, chaired Farm Assured Scotch Livestock and sat on the Meat and Livestock Commission’s research committee. He won the David Black award and in 1991 he was made a CBE for services to agriculture.

Under his leadership, the family dairy and milk retailing business at Westertown, Rothienorman, grew to become a multi-million-pound operation providing 250 jobs. In 1994, prompted by the change in consumer preference from full-fat milk towards semi-skimmed, he rationalised the venture and invested in an ice-cream dairy in the old farm buildings. Mackie’s now caters for 45% of Scotland’s premium ice-cream market and supplies all the major supermarkets. The company also diversified into potato crisps, which are exported to more than 20 countries, and the latest product, chocolate, is due to be launched at the Highland Show later this month.

In recent years he became an ardent advocate of wind energy.

“He was forward thinking, passionate about innovation and a strong advocate of industry-led initiatives. He loved the industry and the people in it. We will deeply miss his encouragement, humour and friendship.”

Maitland was the third generation of the family to bear the name and in 1998 his son Maitland, known as Mac, succeeded him as managing director of the family firm. His daughters Karin and Kirstin are marketing and development directors respectively. Halldis Mackie, his wife of 52 years, died in February, just two weeks before he was diagnosed with a brain tumour.