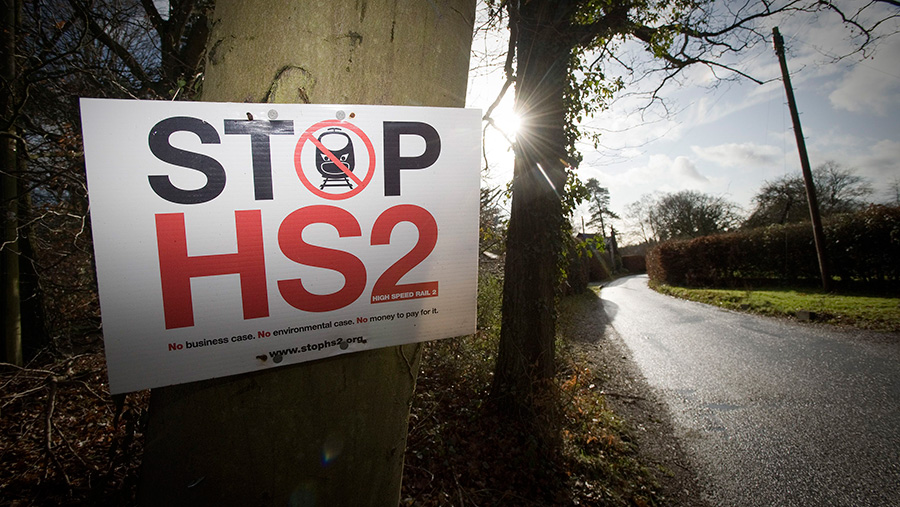 Hundreds of farmers and rural businesses will suffer devastating impact of having their property or land taken by the construction of high-speed rail line HS2, warn farm leaders.

The government set out its preferred route for Phase 2 of the project from Crewe to Manchester and the West Midlands to Leeds, which is due to be completed about 2032-33.

Seven refinements to the route have been opened up for consultation. However, the government has yet to decide whether the line will be constructed in or near Sheffield station.

The Country Land and Business Association (CLA) said farmers and landowners who risk having their land or homes taken by the scheme must be fairly treated.

CLA president Ross Murray said: “Those affected must have certainty on what land or property will be taken, when it will be taken and whether the owners will get it back after construction, so they can plan for the future as best they can.”

Mr Murray said the government must ensure that HS2 Ltd, the company responsible for building the £55.7bn railway, only takes land and property needed for its construction to minimise the impact on rural businesses along the route.

“HS2 Ltd must work with farmers and landowners to find the best sites for replacement habitat, rather than arbitrarily allocating land next to the line and worsening the impact on rural businesses,” he added.

James Del Mar, head of the company’s compulsory purchase and compensation team, said the changes to the route would be “very distressing” to those affected.

“Those whose property will be needed for the scheme can start to lodge statutory blight claims,” he added.

“These oblige the government to purchase the property for an agreed value along with financial compensation for the financial impact on farms or other businesses.”

The NFU has called for “like for like” replacement and a quality over quantity approach to any biodiversity unavoidably lost as a result of HS2.

It follows the publication of a Natural England review – its No Net Loss to Biodiversity (PDF) metric – which under the construction of HS2 recommends the replacement of 1ha of ancient woodland with 30ha of new woodland.

The government insists that HS2 will create thousands of jobs, boost the economy by billions of pounds and would provide better links between UK cities by slashing train journey times.

Transport secretary Chris Grayling said communities along the route will be treated with “fairness, compassion and respect”.

Phase 1 of the rail project, between London and Birmingham, is scheduled to open in 2026.