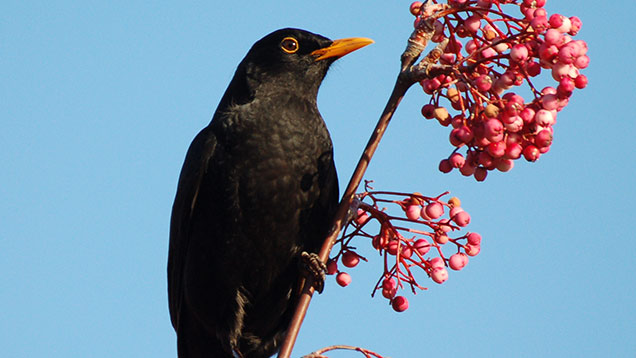 A bird survey of nearly one million acres of UK farmland recorded 127 different types of birds, including a number of at-risk Red List species.

Starlings were seen on 40% of farms and were the most abundant red-listed species recorded, followed by linnet, yellowhammer, house sparrow, lapwing and redwing.

Compared with last year, 10 additional species were added to the list of birds recorded, including cirl bunting and Cetti’s warbler.

The five most abundant birds seen were woodpigeon, starling, rook, fieldfare and chaffinch.

This year, seven of the top 25 most abundant species are on the Red List of Conservation concern. These included linnet, yellowhammer, hedge sparrow, tree sparrow, starling, lapwing and fieldfare.

In addition 13 species of raptor were counted with goshawk included in the results for the first time this year.

Jim Egan, from the GWCT’s Allerton Project, said: “Even though this is only its second year, we are seeing an increase in the number of birds and the range of species seen – especially red-listed species.

“These are some of our most rapidly declining birds but they are still out there and are being supported by our farmers through the many conservation measures that are now being implemented on UK farmland.”

NFU vice-president Guy Smith, an enthusiastic supporter of the GWCT bird survey, recorded 24 species on his mixed farm in St Osyth, Essex, including lapwings and a barn owl.

He said: “The great thing about the Big Farmland Bird Count is it gives us a chance to be proud of the birdlife on our farms as well as an opportunity to be loud about it.”

Ian Dillon, manager of the RSPB’s Hope Farm in Cambridgeshire, also participated in the count.

“The RSPB State of Nature report shows clearly that 60% of species we can monitor are in decline,” he said.

“Farming practice will make the biggest difference to these trends and we are keen to help through our advisory work those farmers who want to make a difference. Species like skylarks, yellowhammers and tree sparrows depend on farmland habitats and thus farmers.”

The survey revealed that nearly 70% of farmers taking part in the survey were in an environmental stewardship scheme.

Within the survey more than 70% of farmers said that they were growing wild birdseed mixes and this popular activity helps to sustain farmland birds through the winter period.

Growing good insect-rich habitats such as areas of wildflowers or pollen and nectar mixes near good nesting sites provides a vital food source for birds during the breeding season.

The third GWCT Big Farmland Bird Count will take place during the week of 6-14 February, 2016.

Bird identification days will be arranged for January 2016. Register your interest in these days now on the GWCT website.