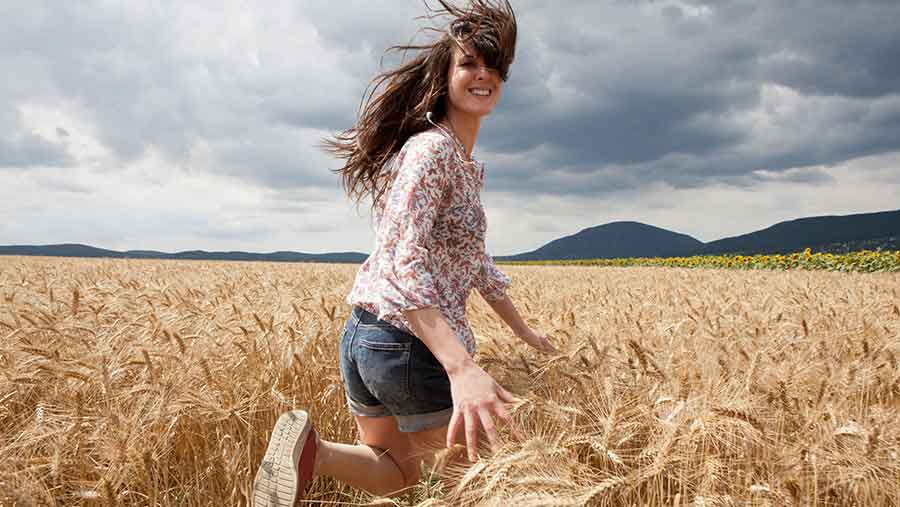 Thousands of people have signed up for a Facebook event to run through a field of wheat – sparking fears of a mass trespass in Norfolk.

Hosted on the What’s On Norwich Facebook page, the “Running through a field of wheat” event is scheduled to take place on 23-24 June.

It comes after prime minister Theresa May confessed in an interview that she used to enjoy running through wheat fields when younger.

Mrs May made the admission to Julie Etchingham of ITV’s Tonight programme.

Asked to reveal the naughtiest thing she had ever done, Mrs May initially appeared unsure, before admitting that “nobody is ever perfectly behaved”.

She added: “I have to confess, when me and my friends, sort of, used to run through the fields of wheat – the farmers weren’t too pleased about that.”

The Facebook page says: “Come join us for a cheeky frolic through fields of wheat, the farmers will love it.”

No venue has been given for the event – but more than 29,000 people have clicked to say that they plan to attend, with a further 59,000 saying they are interested.

The Facebook page has attracted hundreds of comments – and video footage of people running through what appear to be wheat fields.

It is accompanied by the comment: “Genuinely couldn’t wait for this event… We are a very naughty couple of reprobates!”

A photo posted by Katy Bryan shows a woman in a field of barley has the caption: “My mum being reckless.”

Other posts – including a comment by Harper Adams University student Debs Wright – have cautioned against people trespassing in fields.

Ms Wright wrote: “Are you going to compensate the farmer for the loss of the wheat? Sorry, but can you do something else that’s not going to destroy the livelihood of someone?”

Elaine Young said: “How about we get all the farmers and their animals to run through your gardens and prevent you earning your livelihood?

“Do you eat bread, cakes, cereals and eggs? All these things rely on farmers’ crops.”

But Hugh Jones wrote: “It’s a joke about Theresa May. It’s not real. So don’t worry.”