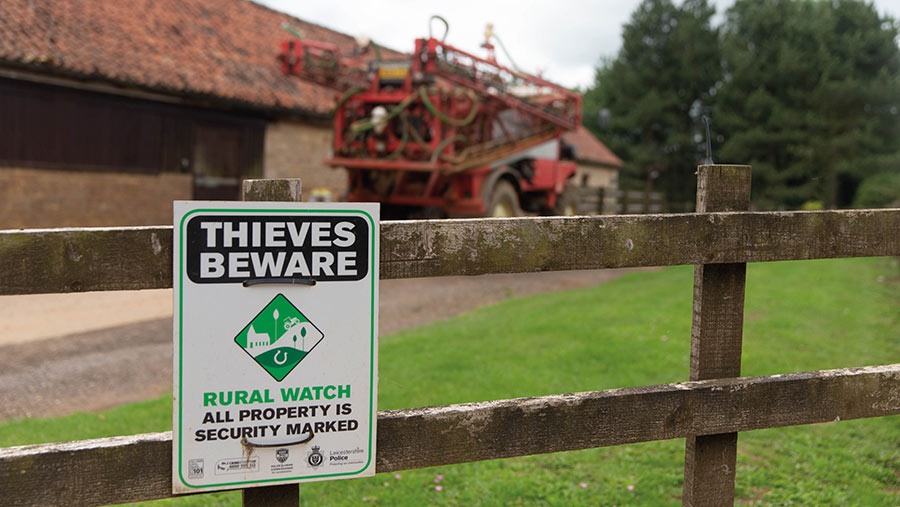 The cost of UK rural crime rose by more than 40% in the first quarter of 2022, new figures from NFU Mutual show, as criminals make up for time lost during the coronavirus lockdowns.

The rural insurer estimated claim costs of £12.9m in the first three months of this year, compared with £8.8m in the same period of 2021, suggesting a worrying return to pre-pandemic rural crime levels.

Despite this overall decrease, a surge in theft towards the end of 2021 and the start of this year suggest rural thieves are returning in numbers to the countryside.

Although the cost of claims for quad bikes and ATVs fell to £2.2m last year, almost half of those thefts took place between September and December.

NFU Mutual said shipping delays and the effects of Covid and Brexit were contributing to a rise in demand for both new and second-hand farm machinery.

As waiting lists grow and market values increase, thieves once again see quads and ATVs as desirable items that can be easy to move.

Fuel prices have begun to stabilise following record highs, but farmers are being urged to increase security to deter diesel thieves.

Latest claims data for the start of 2022 suggest fuel theft is on the rise again – the first half of this year has seen both the cost and frequency of fuel thefts more than double compared with the same period last year.

Claims for stolen livestock rose to £2.4m last year, stoking fears that rustlers will look to cash in on the cost-of-living crisis and sell meat on the black market.

Meanwhile, farm animals worth an estimated £1.5m were injured or killed by dogs across the UK, despite industry campaigns urging walkers to use a lead near livestock.

But GPS cost claims nearly halved to £1.5m, thanks to proactive police operations targeting sophisticated gangs that steal the vital farm technology and ship it out of the country.

Stolen vehicles and dismantled parts were responsible for a loss of £2.6m, an increase in value of 87% on the previous year, with the number of thefts growing by 34%.

This includes support for an agricultural vehicle theft unit at the National Vehicle Crime Intelligence Service (NaVCIS) which recovered stolen vehicles and farm machinery worth £2.6m in 2021.

“Our latest claims figures warn that rural theft is quickly gathering momentum as criminals make up for time lost over the past two pandemic years. We’re advising rural people to review their security, to help prevent crime and disruption.”

Following the strengthening of laws around hare coursing, illegal encampments and livestock worrying in various parts of the UK, NFU vice-president David Exwood called for further progress to drive down rural crime.

“We can’t stop here. Farmers, the police and policymakers must continue to work together on a national and local level to build a structure that will prevent rural crime, underpinned by solid legislation,” Mr Exwood said. 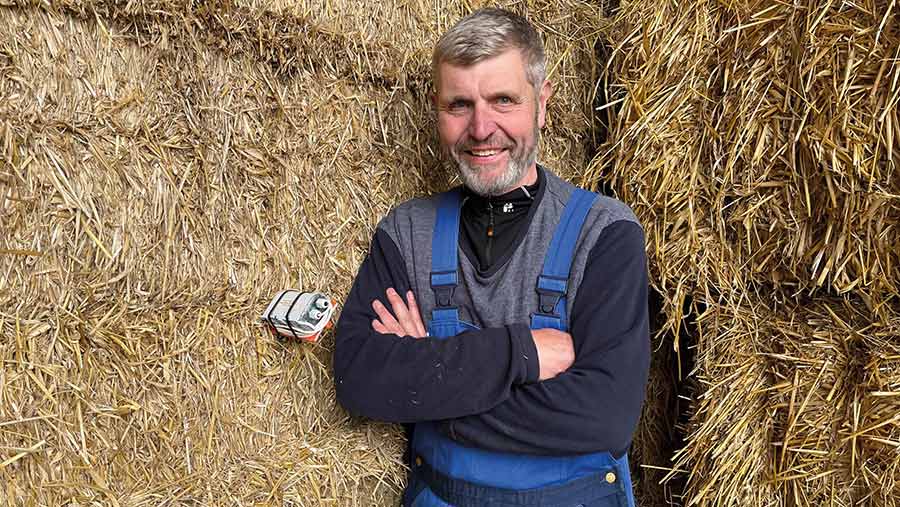 A farming family in Buckinghamshire is trialling a high-tech security system which could help snare sophisticated rural thieves and protect property.

The technology connects alarms and level sensors on buildings, field gates and fuel tanks which are monitored remotely. It can alert farmers if farm vehicles or livestock move beyond pre-set boundaries.

The battery-powered alarms and sensors form a network of devices known as the Internet of Things (IOT), using a Long Range Wide Area Network (LoRaWAN) to transfer information.

The LoRaWAN system addresses the problem of poor connectivity in rural areas.

John Whitby, who helps his brother Steve and sister-in-law Lilles run Rowley Farm on the urban fringe in south Buckinghamshire, says the technology is providing the business with an extra layer of protection.

Across three sites which are home to the farm and several diversified businesses, the technology uses three antennas and a base unit to monitor farm equipment such as tractors and cattle trailers as well as access gates, doors on buildings such as tool stores, and the levels in farm diesel tanks.

“Hopefully, it will be possible for tech companies to develop systems that are affordable and can be installed by farmers themselves,” Mr Whitby says.

He says the technology also had potential as a farm management tool, to monitor stored crop or slurry levels. Improvements that could be made include real-time updates instead of every 30 minutes, as well as real-time tracking of machinery, not just an alert to say it has been moved.

NFU Mutual is also running a similar trial on a farm in Scotland. The rural insurer says the system can also mitigate other risks such as fire, by monitoring temperature changes in stored hay or grain.

Agri-tech specialist Charlie Yorke said: “If tech and connectivity live up to expectations, they could eventually offer farmers a low-cost system to deter thieves and protect the whole of their farms.”

Case study: Fed-up sheep farmers ask public to be their eyes and ears 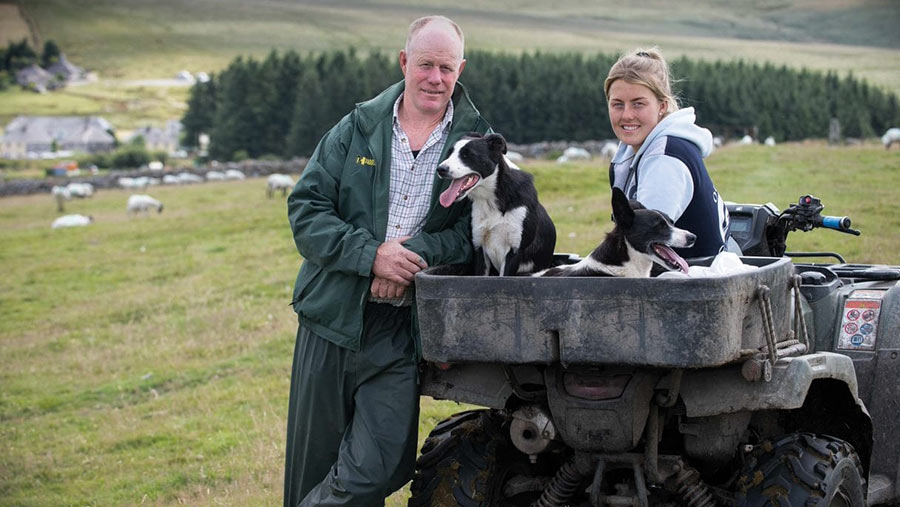 Dartmoor hill farmer Neil Cole says he is tired of the persistent sheep rustling in his area and the emotional impact it has on hard-working farmers.

Alongside his brother Matthew, Mr Cole farms sheep and cattle in Princetown, within Dartmoor National Park.

His daughter Ida, 21, who studied hill farming at Newton Rigg College in Cumbria, is also part of the farm team.

Mr Cole reckons between 20 and 30 of their sheep are stolen each year. Dog attacks are also becoming more common.

“It’s a difficult enough area to farm without the added worry of your livestock being taken,” Mr Cole says.

“Some of our flock is up to six miles from the farm in the middle of the moor.

“It’s difficult to keep an accurate count and it’s often only when we come to bring them in to shear or in autumn, when we get them ready for ramming, that we are able to really assess how many are missing.”

But now, Mr Cole and other Dartmoor farmers are hitting back, with the help of Devon and Cornwall Police and NFU Mutual.

Launched last year, the Devon Livestock Initiative is a partnership aimed at getting the public to report suspicious activity.

Farmers are given gate signs which include the times that animals are normally moved, asking the public who see sheep being moved outside of these times to call a displayed number for the local farmer, or the police on 101.

Mr Cole adds: “As well as the signs, we have begun marking our sheep with a special paint on their horns, which is almost impossible to remove and makes them easier to identify.

“There will no doubt be a range of other measures we can employ as the initiative expands.”

NFU Mutual has created a new series of videos to help farmers protect their property.