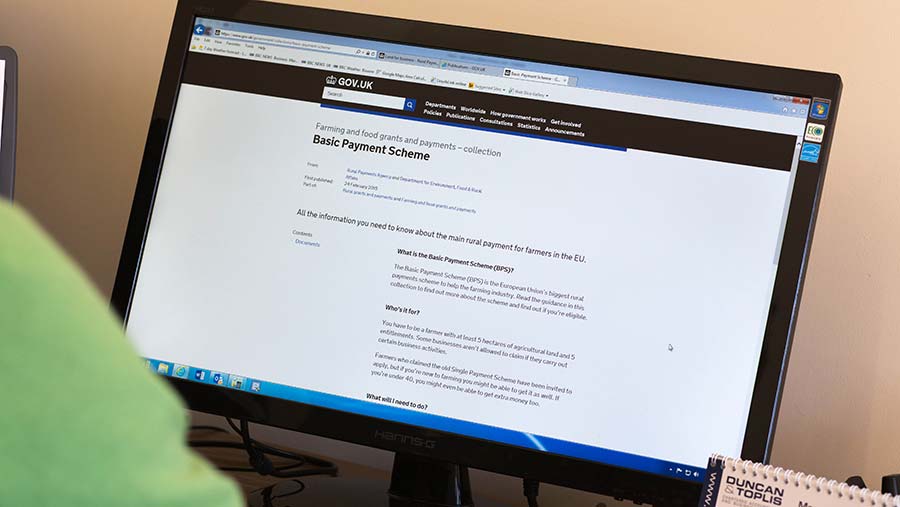 Farm leaders are becoming increasingly concerned about the government’s capacity to deliver the 2016 Basic Payments Scheme campaign in England by mid-May.

There are less than five weeks to go until the deadline for the Rural Payments Agency (RPA) to receive BPS applications before 16 May 2016.

Meanwhile, thousands of farmers are still awaiting their payments for the 2015 scheme after a payment process which, according to the NFU, has been “mired by errors and confusion”.

On 8 April the RPA announced on its Twitter account (@Ruralpay) that more than 6,900 claims for BPS 2016 had been made online, out of an estimated figure of 86,000 applicants in England.

Over 6,900 #BPS2016 applications have been submitted online on the Rural Payments service #claimBPSonline pic.twitter.com/CgPm3FuIgm

Townsend Chartered Surveyors said many farmers had found the online application system easy to use and had submitted their claims.

But with clients starting to make claims online and transfer entitlements, problems were beginning to emerge with the system, the Exeter-based land agents said.

“The RPA have started to address the issue of missing land parcels, and currently are manually adding parcels to the system in response to emailed requests,” they added.

Further problems that have surfaced include: people with commons claims finding small, new, unknown parcels of land registered in their name and some entitlements having a 2016 “use-by year”, which suggests they will be confiscated – despite them being successfully activated and paid out in 2015.

Land agent Hugh Townsend said: “Claim statements [for 2015] which are now starting to appear will help with identifying where there are genuine problems.

“However, it still leaves many in a position where they have been underpaid, have a ‘use-by year’ of 2016 and cannot identify whether there is a real problem. And it is not just a computer glitch, they can’t even get a chance to see whether the problem is the RPA making an error when harvesting the information from last year’s claim.”

He said: “I totally understand that you want to close down all the outstanding issues around your 2015 claim, receive payment, understand how it is calculated and why the payment is different to what you believed it would be and receive any top-up payments that may be due.

“But the reality is these concerns over the 2015 payments will not be addressed until after 16 May – the deadline to complete the 2016 form.

Representatives from the Tenant Farmers Association (TFA), the Central Association of Agricultural Valuers (CAAV), CLA and NFU and others were due to meet with senior technicians at the RPA’s offices in Reading on Wednesday (13 April) for a stakeholder meeting where they will be updated on BPS progress.

Speaking ahead of the meeting, TFA chief executive George Dunn said: “Unless over the coming days we see significant movement on the issues of concern, there will be inevitable pressure for a delay in the 2016 deadline for submission of claims.”

The RPA is encouraging farmers and agents to apply online now and  submit their applications in good time, ahead of the 16 May deadline. Full “how to apply online” guidance is available on Gov.uk and has been posted to every customer.