A fed-up farm contractor has invoiced Defra for loss of earnings owing to the “ridiculous” ban on hedgecutting ban in August.

Northamptonshire farm contractor Bob Rutt has sent Defra’s London offices a bill for £24,000 claiming the government owes him the money because he has had to sit out the month of August for the past two years – and will have to do the same this year.

Defra extended the hedgecutting ban in 2015 to cover August as part of EU legislation to “protect nesting birds and wildlife”. 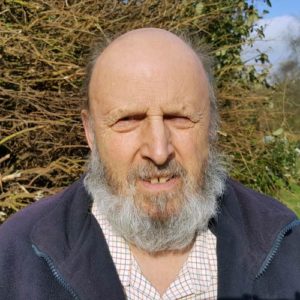 The department said it decided to extend the ban based on 10 years of nesting data from the British Trust for Ornithology (BTO), which showed some birds are still nesting “well into August”.

But farmers and the NFU want Defra to overturn the ban to allow them to cut hedges during harvest.

Many have disputed the BTO data, insisting that apart from wood pigeons, the vast majority of birds have finished nesting by August.

“Defra has been very evasive with regard to talking about the situation,” said Mr Rutt.

“I don’t think they realise the impact this decision is having on contractors who previously relied on the work they did in August.

“It can be the difference between carrying on and giving up. We have still got bills to pay.”

He believes the August ban unfairly singles out farmers – especially the arable farmer.

“If they need to ban hedgecutting on farmland in August, then they should ban everyone,” he said.

“They have just taken the easy option, which is picking on the arable farmer. But they are not going for the tree surgeon, woodland keepers, or the developer that rips down buildings during August.”

Farmers Weekly delivered a farmer petition to Defra in May calling for a change to the rules on when hedges can be cut.

In addition, yellowhammer of goldfinches and bullfinches are still nesting into September, he added.

“Even though it is only a handful of species, it is a significant proportion of those species that can have young in their nest at the end of August and into September,” he added.

A Defra spokesperson said: “Hedgerows provide vital food and shelter for young birds in August and having considered all available evidence on wild bird breeding and rearing seasons in England, we have concluded our existing approach offers the best protection to our wildlife.”

Are you a contractor who has suffered losses because of the hedgecutting ban? Send us your invoices to Defra and we will forward them on to the department on your behalf.