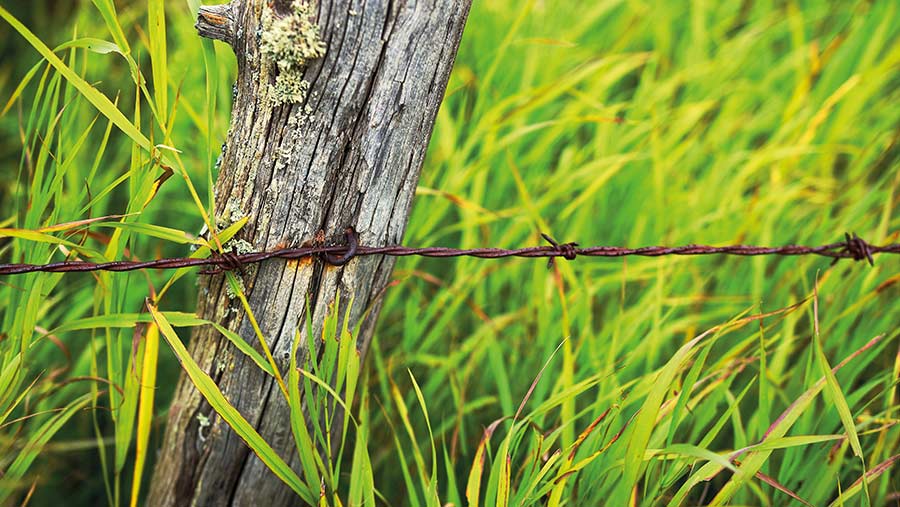 Fencing contractors are being urged to find alternatives to wood when installing new fence posts given the tendency for traditional materials to rot.

The suggestion is being made by the Association of Fencing Industries (AFI) – the trade body representing fencing installers – which recently conducted a survey of its members to investigate the problem.

The reliability of wooden fencing posts has been called into question ever since a ban on copper chrome arsenate (CCA) treatment was introduced by the European Commission in 2006. Instead, most post makers now supply so-called UC4 timber – which involves kiln drying and the application of a preservative.

A third of respondents said replacing rotten posts was a weekly or monthly task, while around 80% said they had looked at concrete, steel or plastic alternatives to wood, or reverted to creosote-treated timber.

This is despite the fact UC4 post suppliers often offer a 12- to 15-year guarantee for their product.

The AFI says these “guarantees” do not cover the full replacement cost, and often come with so many caveats and conditions as to be of limited use.

“If the treatment industry believes in its end-product, then it needs to provide proper guarantees, covering the full cost of replacement,” said an AFI spokesman.

“As it seems it is not prepared to do this, AFI has no choice but to recommend installers only use chemically treated timber in ground contact where this is a specific requirement by the client.”

They are also advised to make the client aware that post failure due to fungal attack is not the responsibility of the installer.

But the move has been criticised by the Wood Protection Association (WPA), which insists the preservative systems used by its members are effective “when applied in accordance with manufacturers’ instructions and installed correctly”.

Biocidal products, such as wood preservatives, are subject to rigorous testing by the Health & Safety Executive prior to approval, WPA chief executive Gordon Ewbank told Farmers Weekly, so users should have confidence in their efficacy.

“We acknowledge that there have been some examples of premature failure of preservative treated wood in ground contact over recent years and this has had an adverse effect on the perception of post-CCA treatments in certain segments of the market,” he said.

However, this was often due to customers going for cheaper products rather than paying for quality, added Mr Ewbank.

The WPA is engaged in a supply chain education programme, urging installers and their clients to use Class 4 posts only, from an accredited supplier.

“Cheap product will probably not perform, so buy the best and be prepared to pay a premium which will give better long-term value,” Mr Ewbank said.

He acknowledged that, when it came to manufacturer guarantees, “some are better than others”.

But while the WPA and AFI had been in talks about establishing a warranty scheme, including costs of replacement, in practice it was hard to deliver as it would need significant buy-in from the whole supply chain.

There was also a question about the legality of any scheme brokered by two trade associations which might be contractually binding on their members’ actions.