Firefighters from across Dorset have been battling a barn fire, which destroyed a large amount of hay and fertiliser.

The fire involved a large, single-storey barn containing 400t of hay, 200t of straw and an amount of fertiliser. 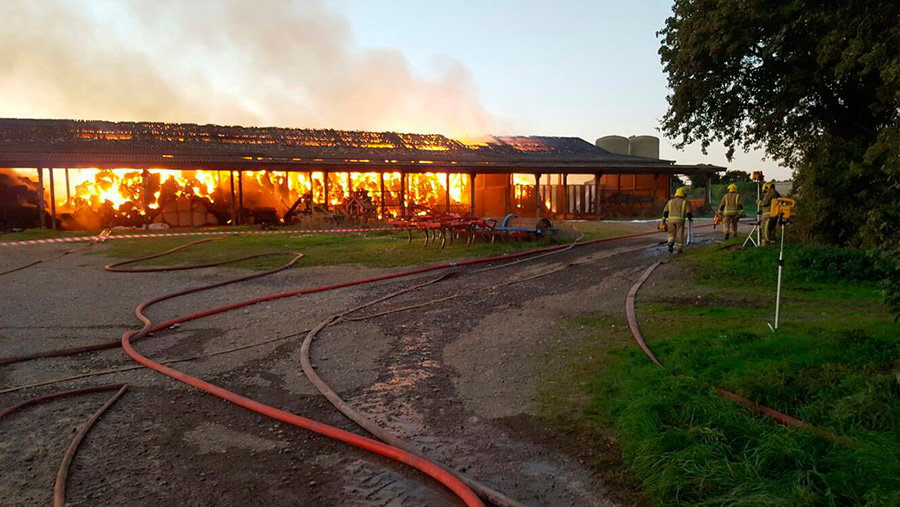 The 100m-long barn in West Blagdon, near Cranborne, went up in flames shortly before 4.40pm on Wednesday (5 October).

Eleven fire crews, including two from neighbouring Hampshire, were needed to battle the blaze.

At 7.45pm on Wednesday, Dorset and Wiltshire Fire and Rescue Service said it scaled down operation, but one pump would remain at the scene overnight.

19:36 We are now scaling down the agricultural fire at #Cranborne to 5 pumps and 2 water carriers. More info to follow…

Crews were expected to continue turning over and dampening down burning material on Thursday morning (6 October).

The cause of the fire is under investigation.