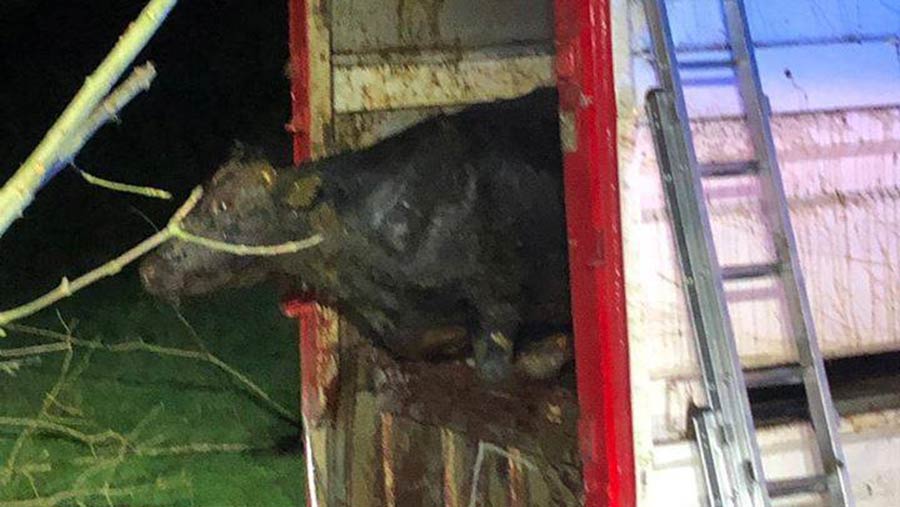 Firefighters in Northern Ireland have rescued 39 bulls from an overturned articulated cattle lorry.

Northern Ireland Fire and Rescue Service (NIFRS) was called to the road traffic collision on Cavan Road, Newtownbutler, County Fermanagh, at 6.22am on Friday (11 January). 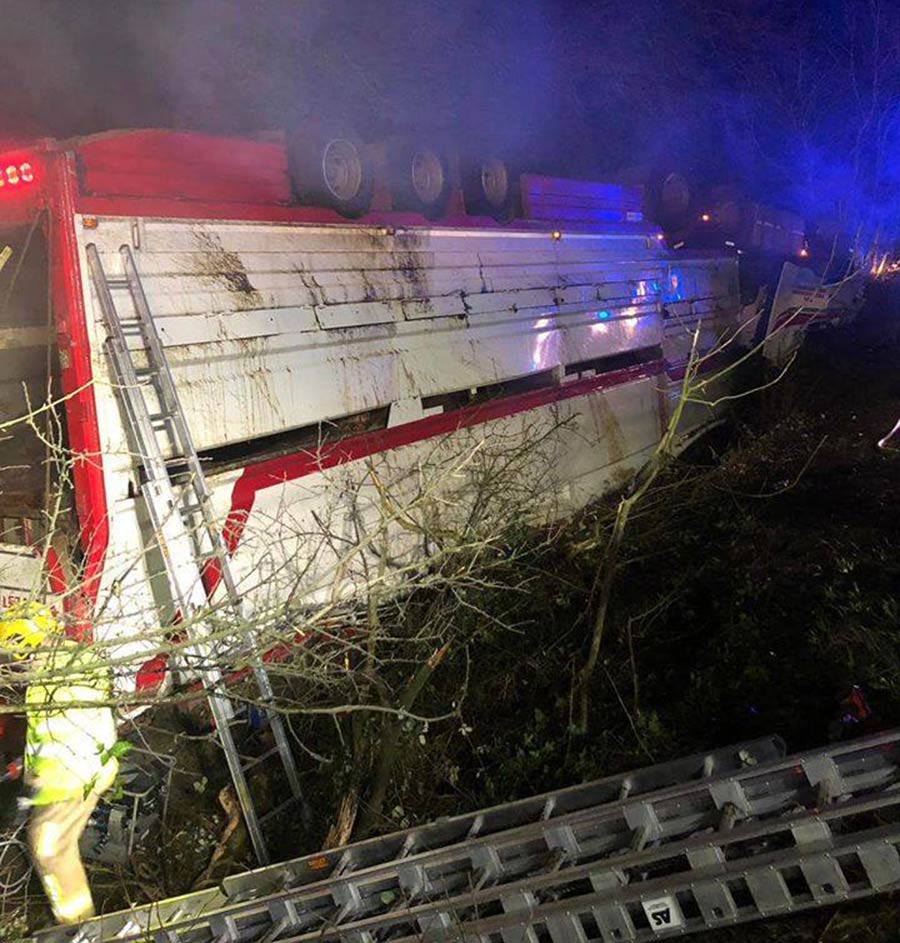 The NIFRS Large Animal Rescue Team from Omagh Fire Station and fire crews from Lisnaskea and Enniskillen fire stations attended the incident, which involved 42 bulls trapped in the overturned lorry.

The crews stabilised the vehicle and used hydraulic cutting equipment to release 39 bulls, assisted by farmworkers. Three bulls died in the accident. 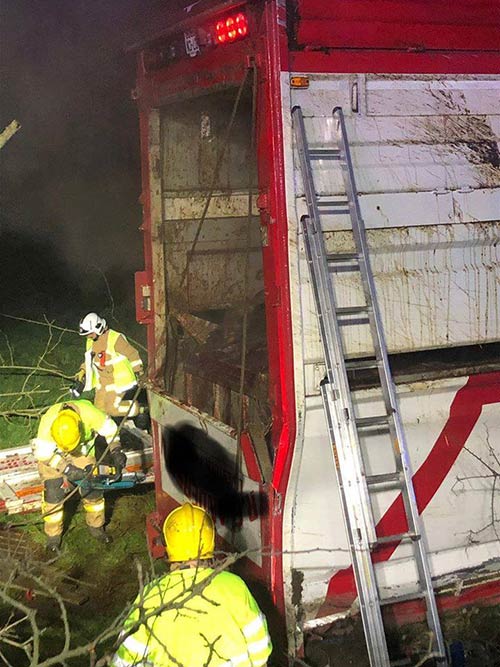 A local vet also attended the incident. When released, the bulls were contained in a nearby field.

A NIFRS spokesman said: “The driver of the lorry, a man in his 40s, was out of the vehicle prior to arrival of fire crews and was treated at the scene by ambulance personnel. He did not attend hospital.”

The incident concluded at 9.49am.