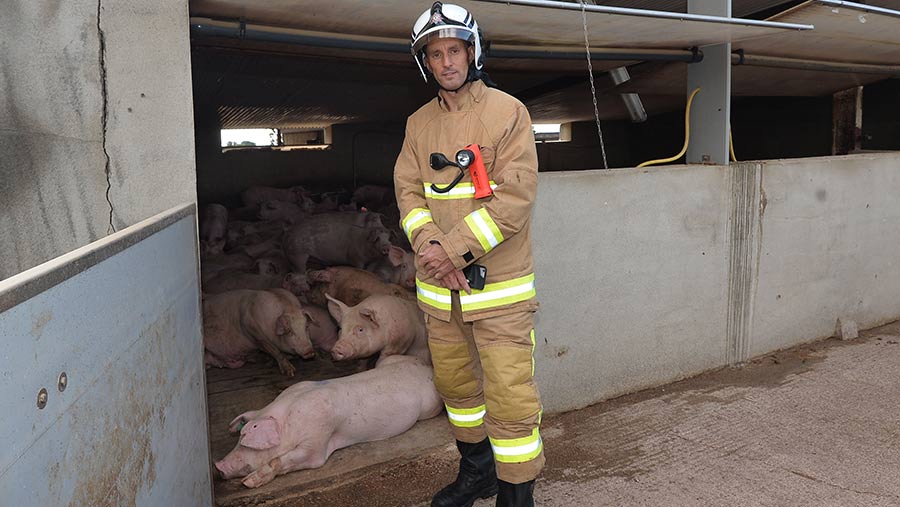 A farmer has thanked firefighters after they saved 72 pigs that had fallen into a slurry tank on a farm in Northern Ireland.

It was the largest animal rescue operation in the history of Northern Ireland Fire and Rescue Service (NIFRS) and fire crews worked for nearly seven hours.

“We had a good outcome, out of all the pigs in the tank we lost two. I can’t praise the fire brigade enough,” said Aghalee farmer Nigel Grant on Q Radio.

“They didn’t own the stock, but they pulled very hard today on the rope.”

Firefighters were called to the farm on the Ballinderry Road in Aghalee, Craigavon, at 11.36am on Sunday (29 July). 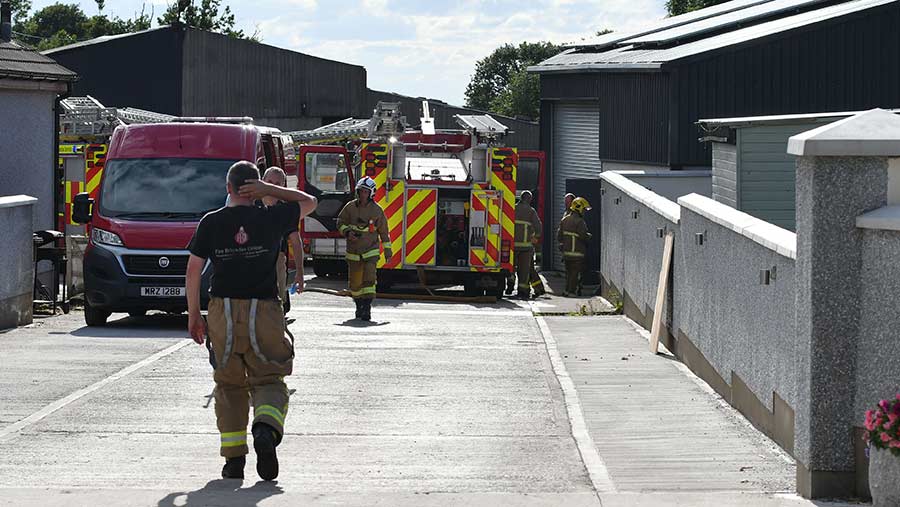 Seventy-four pigs, each weighing about 100kg, had fallen into a pit containing about 3ft of slurry after the concrete head on which the slats were sitting collapsed.

Firefighters from the animal rescue teams wore breathing apparatus and used rescue lines to pull the pigs from the slurry pit. Gas monitors were used throughout the incident to monitor gas levels from the slurry.

NIFRS group commander Geoff Somerville said it was a “protracted and challenging incident”.

He advised farmers not to attempt to rescue animals in these situations and call 999 for help.