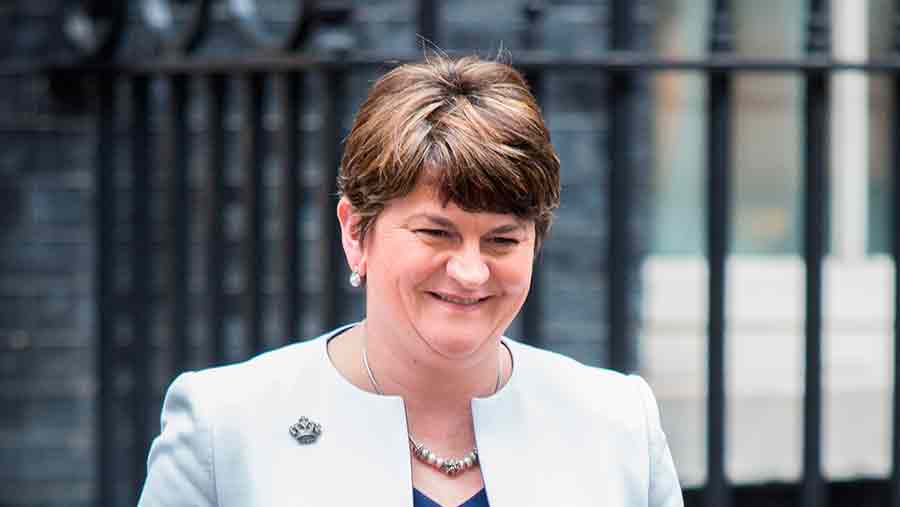 Northern Ireland first minister Arlene Foster has survived a no-confidence vote over her handling of a renewable energy scandal set to cost taxpayers some £400m.

One unnamed farmer who signed up for the Renewable Heat Incentive (RHI) reportedly planned to collect about £1m over 20 years for heating an empty shed.

A vote of no confidence in Mrs Foster was defeated in the Northern Ireland Assembly at Stormont on Monday (19 December).

See also: Calls for probe into ‘cash for ash’ scandal

In a statement to assembly members, Mrs Foster said the scandal was her biggest political regret.

“The crucial mistake in the scheme was that the tariff for the most commonly used boilers, small to medium biomass, was set at a level higher than the market price of the relevant fuel.”

This created an incentive for those who signed up to the scheme to continue to burn fuel over and above the levels required.

Mrs Foster said she was prepared to waive the normal convention and to give evidence to Northern Ireland’s Public Accounts Committee.

She said: “The one issue on which we can all agree is that there were shocking errors and failures in the RHI scheme and a catalogue of mistakes, all of which coincided to create the perfect storm.”

It was critical that lessons were learned and that scheme costs were brought under control.

“As first minister, I am determined that this will be done,” said Mrs Foster.

She added: “I am sorry that the initial scheme did not contain cost control measures and that there were fundamental flaws in its design.

“This is the deepest political regret of my time in this House.”

A further major failing of the scheme was that regulations had not been rigorously enforced.

“There clearly should have been more and better inspections of businesses long before the summer of 2016,” Mrs Foster told assembly members.

“This is the heart of the RHI story – the tariff subsidy being higher than the cost of wood pellets.”