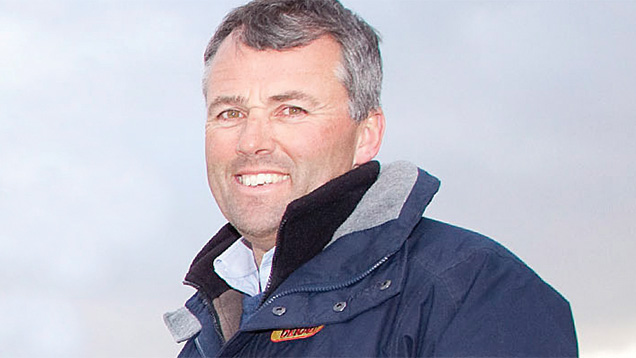 Forage Aid founder Andrew Ward has launched a major fund-raising drive ahead of an application for full charity status in early 2015.

The initiative was no longer just about providing free feed for livestock on an ad-hoc basis in times of need, he told Farmers Weekly.

“We want to be ready to help in any emergency. We have proved what a handful of farmers spread across the country can pull together in a time of crisis – now we need to step up another gear and offer a service where immediate aid can be co-ordinated when there’s a natural disaster.”

Forage Aid would be a “rapid response” charity, said Mr Ward. “It is a reality that access to funding can sometimes take months, and that rural areas and people suffer while paperwork is being processed. Our aim is to step in quickly and help when necessary.”

The Lincolnshire grower said he hoped to raise more than £10,000 for Forage Aid in the coming weeks. The first funds raised would help to develop a website enabling pledges to be taken online. The website would also manage the logistics involved when responding to a national crisis.

Mr Ward founded Forage Aid in 2013 when snowstorms left sheep farmers in Wales and north-west England without feed for their livestock.

He was named Farmers Weekly Farm Champion of the Year 2013 and received an MBE for his voluntary work this year.

The fundraising drive will take the form of a tractor and trailer run from Somerset through Avon, Gloucestershire and Herefordshire to Shropshire. It is being planned for early February 2015 – 12 months to the day when the Somerset floods crisis hit national headlines.

The rural route will start at Sedgemoor market, Bridgwater. It will end in Telford on 11 February, the opening day of the town’s Energy Now Expo event. Young farmers are supporting the tractor run, doing most of the driving on the 170-mile trip.

Cheques and pledges will be picked up en-route, with stops planned at 12 renewable energy companies along the way. These companies will be challenged to swell the Forage Aid coffers. Herefordshire firm PlanET biogas UK has already donated a generous sum to the cause.

Energy Now Expo director David Jacobmeyer said he was pleased to support the fledgling charity: “There’s a definite need for a fundraising event that will put money in the bank for Forage Aid.”