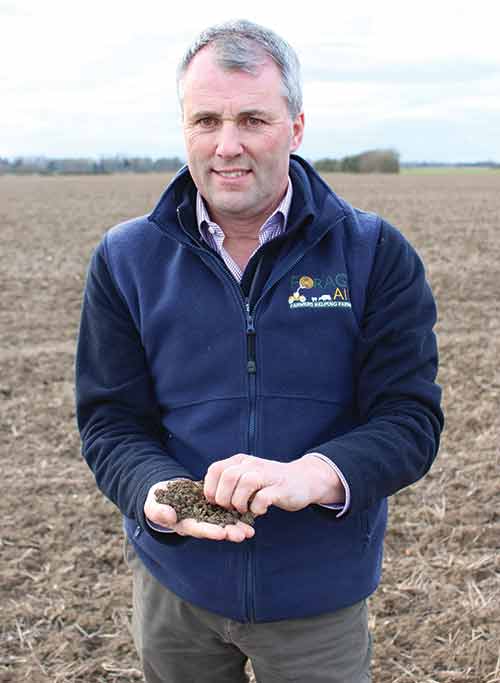 Lincolnshire arable farmer Andrew Ward has been presented with an MBE for services to farming resilience at Buckingham Palace.

Mr Ward, who farms 730ha near Leadenham, Lincolnshire, set up and co-ordinated the Forage Aid scheme to help farmers hit by the massive snowstorms in 2013 and the devastating winter floods last year.

The scheme prompted a huge response from the farming community and thousands of tonnes of hay and silage were donated and delivered to stricken farms.

Father-of-two Mr Ward attended the palace on Friday (21 November) to collect his prestigious award from Prince Charles. The prince spoke to him for about a minute, expressing his gratitude for his efforts.

“He knew all about what I had done and Forage Aid,” said Mr Ward. “He knew the struggles that agriculture has been going through and said it was a vitally important industry. I thanked him for supporting agriculture.”

Speaking after he received his MBE, Mr Ward said: “It was one of those days that you remember for the rest of your life.”

“I received my MBE alongside armed forces personnel who have fought in Afghanistan, which put into perspective the whole Forage Aid effort. That said, it was quite humbling.”

Mr Ward felt he received the award on behalf of the whole farming industry. “Last year, when I was awarded NFU Farming Champion of the Year, I thought it couldn’t get any better than this. But then you get the MBE and it tops it all.

“It’s amazing the support Forage Aid has had from the whole industry. People keep congratulating me for starting it, but without everybody else on board, the farmers, hauliers, volunteers and big organisations, it wouldn’t be possible.

“I felt like I was a representative for the whole farming industry. It’s just a big team effort.

“There is no other industry in Britain quite like farming.”

“This is it. So proud to represent the whole farming industry,” Mr Ward tweeted, along with pictures of his visit.

He also tweeted: “Thank you to everyone who helped me with #ForageAid.”

Tributes poured in to Mr Ward on Twitter from friends and colleagues, who congratulated him on receiving his MBE.

Ed Ford, chairman of Essex Young Farmers’ Club, tweeted: “‪@wheat_daddy organised over 70 loads of forage to wales and Cumbria in the snow in March 2013 ‪#forageaid.”

He added: “Andrew, without you ‪#forageaid wouldn’t of happened. You deserve all the credit you get. Congratulations and see u tomorrow.”