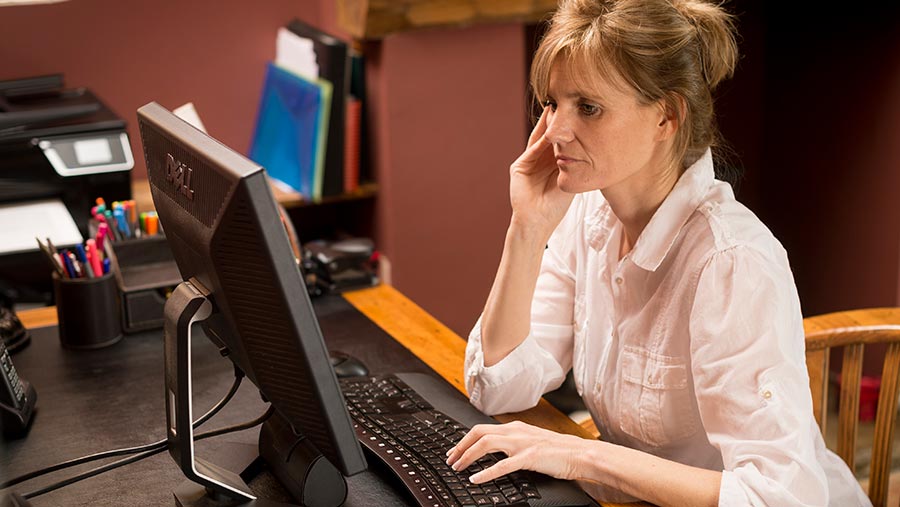 Farmers risk losing out in the push for superfast broadband because the government is not doing enough to ensure reliable access in remote rural areas, an NFU report warns.

With only 4% of farmers having access to superfast broadband, the NFU launched its Farm Broadband and Mobile Networks report to MPs in London on Tuesday (10 May).

The government is asking farmers to run their businesses in conditions that put them at an immediate disadvantage Guy Smith, NFU vice-president

While the government’s plans to rollout superfast broadband to 95% of premises by 2017, the remaining, or “forgotten 5%”, face being left in the digital dark ages.

The report warns the scheme will leave an estimated 1.2m premises in remote and isolated parts of the country without fast broadband.

(See a PDF copy of the report)

Most of these premises will be farm businesses and rural communities.

At best, farmers within this last 5% could be offered far lower speeds of 10Mbps by 2020, while other urban areas receive ultrafast speeds of 100Mbps plus, the report claims.

NFU vice-president Guy Smith said poor access to broadband and mobile networks was a significant barrier to business, which was “neither sustainable nor acceptable”.

“The government is asking farmers to run their businesses in conditions that put them at an immediate disadvantage,” he added.

Mr Smith said the union had heard of farmers waiting 15 hours for downloads and others suffering serious illnesses in the field, such as heart attacks, and being unable to contact emergency services due to a lack of phone signal.

He added without adequate access to mobile phone and broadband phone technology, rural businesses “will not be able to flourish and compete in an increasingly globalised economy”.

56% of farmers own a smart phone, but 70% have NO access to 4G at all – NFU Farm Broadband survey #broadband pic.twitter.com/ehMatnNXdR

The NFU report highlights 10 “key asks” of government and the telecommunications industry to ensure farmers and rural areas are prioritised for the remainder of the rollout.

These include: targeted action to provide fast broadband for the final 5%, offline solutions for those without access to broadband, a review of the mobile infrastructure project and targeted intervention to accelerate “not-spot” coverage.

Responding to the report, minister for the digital economy Ed Vaizey said: “Improving mobile coverage and taking fast broadband to rural areas is one of the government’s top priorities.

“Nine out of 10 homes and businesses in the UK can now get superfast broadband, with thousands more being reached every week.

“We are offering immediate assistance to those with the slowest speeds with our satellite broadband scheme, and our plans will give every farm in the UK the legal right to request a fast broadband connection.”