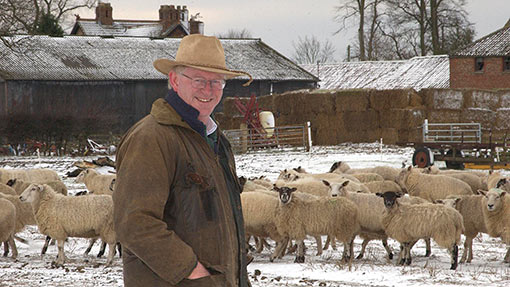 Tributes have been paid to former NFU president Ben Gill who died on 7 May after a long illness. He was 64.

Sir Ben was president between 1998 and 2004, having worked his way up through the union ranks from livestock chairman, to vice-president and then deputy president.

During his tenure as a senior officeholder, the farming industry faced some of its toughest tests – the BSE crisis, which began in 1996, and the outbreak of foot-and-mouth in 2001.

The NFU said Sir Ben had shown huge strength of character during his presidency.

“He became a nationally known figure as a formidable fighter for the sector and a champion of British food,” a union spokesman said.

Sir Ben and his family farmed 265-acre Home Farm, Easingwold, North Yorkshire, until 2006 when he sold the bulk of the cereal, sugar beet and sheep enterprise.

“He led the farming industry through some very difficult times, but he always fought hard on behalf of the NFU’s farmer and grower members.

“Our industry will continue to benefit for a long time as a result of his achievements.”

“We became the best of friends and as our careers developed – he as president of the NFU and me as chairman of the Meat and Livestock Commission – we worked closely together for more than 20 years,” said Sir Don.

“He will probably be best remembered for his leadership during the foot-and-mouth crisis. It was a time when the industry needed strong leadership and he delivered that in spades.

“He was highly intelligent and very robust in his representation of the industry. To my mind he was one of the strongest leaders our industry has seen.

“He will be a huge loss to his wife Carolyn, his four boys and the industry as a whole,” he added.