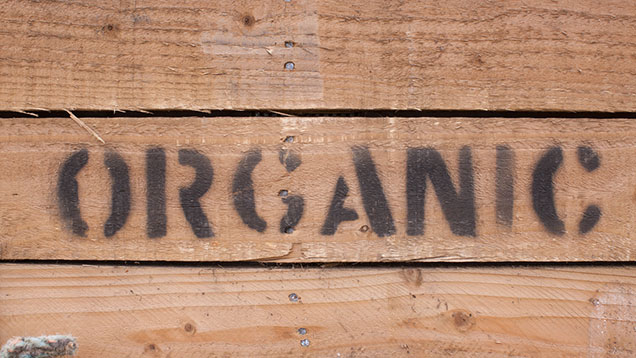 Four trustees of the Soil Association have resigned from its council board with a stinging blast over how the organisation is run.

The four singled out the Soil Association’s strategy, Road to 2020, and its effect on the association’s profile as the main reason for their resignation.

They said the strategy’s implementation was as a “major factor” in the demise of organic awareness and “general confusion” around what the association stands for, and what it does.

The four ex-trustees highlighted seven areas of criticism, which they believe the strategy is promoting:

The four accused the Soil Association of avoiding the use of the word organic in preference to “nature-friendly” and “planet-friendly” substitutes.

They claimed the association, which has 17 trustees on its council board, had shifted its focus to position itself as a public health delivery organisation rather than the UK’s main organic food and farming organisation.

They said the organisation was suffering from a “PR void” at senior management level and had “lost its authoritative voice”.

“The Soil Association is no longer the “go-to” place for media on food and farming matters… and lacks political clout on national farming matters,” said the former trustees, in a blog.

According to the four ex-trustees, the Soil Association has a “dull and uninspiring image” and a lack of appeal to younger consumers, which was highlighted in a recent survey carried out by MMR Research Worldwide.

They said the association has a “safe, cautious, controversy averse” image and was “preoccupied with being all things to all men with an over-arching ‘soft cell’.”

They also said the organisation lacked conviction in its own beliefs and produced too few “fire in the belly” campaigns.

The Soil Association operates a policy of attaching itself to others’ coat tails to “walk the talk” as seen in its daily News Digest e-newsletter, the ex-trustees complained.

They attacked the association’s “inward looking and parochial nature” and said it was “too focused on its own achievements” and had a “lack of engagement with the wider world”.

They accused the association of failing to promote the success of the organic movement globally to help build consumer and farming confidence.

There was also evidence, the ex-trustees said, of “Inadequate support and allegiance to organic farmers and growers”.

“Licensee numbers have stagnated, yet there seems to be no pro-active strategy, in either the farming or the consumer arena, to capitalise on the upturn of organic sales and to champion overtly organic food,” they explained.

Meanwhile, they said membership numbers continued to decline and there was an emerging agenda to change the Soil Association from a campaigning membership organisation into a “corporate” entity.

In a resignation letter sent to Dennis Overton, chairman of the Soil Association, the four ex-trustees explained their reasons for their resignation.

“We fear for the good name and relevance of an organisation that we have supported for many years,

“We have done our best to alert fellow trustees to the dangers implicit in the way that the current strategy is being implemented.

“It is clear that ours is a minority view and we can no longer collude in a bogus consensus. Accordingly we are resigning. We will continue to devote our energies to challenging corporate control of the food system.”

A Soil Association spokeswoman said: “Four trustees of the Soil Association’s 17 trustees have resigned recently following the rejection by their fellow trustees of a motion challenging our three-year old strategy, which focusses as strongly as ever on organic food and farming, but also reaches out to broader audiences.

“We are sorry these trustees felt unable to support our initiatives to work with all farmers – organic and non-organic. We want to share ideas and solutions to some of the big challenges facing our food system today with all involved in the farming industry.

“The overwhelming majority of our elected trustees strongly support this work and our work to transform food in schools and hospitals, and we are encouraged by the positive responses we continue to receive from organic and non-organic farmers alike.”