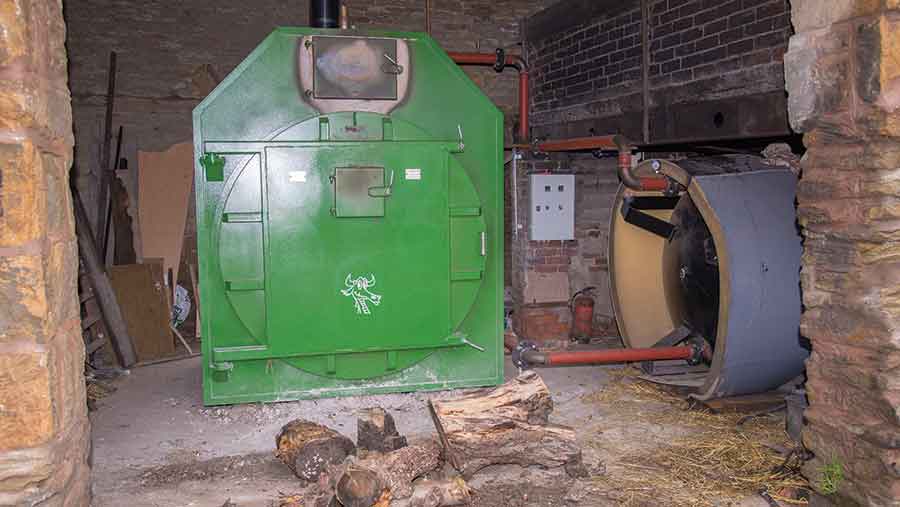 Farm leaders in Northern Ireland have condemned a decision by the Department for the Economy (DfE) to publish the names of participants in the much-criticised Renewable Heat Incentive (RHI) scheme, and called for the reinstatement of payments to farmers who have done nothing wrong.

The list of names (PDF), together with the amount of money each received, was published on Wednesday (24 May) and includes many farmers, especially in the poultry and mushroom sector.

The Ulster Farmers’ Union (UFU) has questioned the department’s motives.

“The media focus on RHI has been intense and many legitimate participants have been unfairly targeted,” said UFU chief executive Wesley Aston.

“The faults with this scheme lie solely with those who created it. Publishing the names of participants deflects attention from the major failings of civil servants.”

The RHI scheme was set up in November 2012 to encourage investment in renewable energy, such as biomass boilers.

But it became the centre of a political maelstrom when it emerged that participants were getting more in subsidies than the cost of the fuel they were using.

Stories emerged that some participants were using their biomass boilers to produce heat to dry woodchip, to put back into the boilers and earn more money.

Over 2,100 contracts were signed, lasting 20 years each, and the scheme is projected to run to some £490m over budget.

The scheme was closed to new applicants in early 2016, but the political fallout led to the eventual collapse of the power-sharing assembly in Northern Ireland.

Earlier this year, the names of three former UFU presidents who have benefited from the scheme were revealed in the media – prompting claims of a “witch hunt”.

But, despite legal attempts to block the release of further names, the DfE has now published the list of everyone who received more than £5,000 in subsidies up to 28 February 2017.

A statement from the DfE insisted that the sole reason for publishing the list is to ensure transparency.

“Inclusion in the list does not, in any way, imply wrongdoing by any of the beneficiaries,” it said.

But Mr Aston complained that the list does not show the considerable financial investments made by participants or the associated running costs.

“Notably absent, too, are the public bodies benefiting from RHI.”

The UFU has also questioned the arbitrary withholding of payments for many months.

“If there was any suggestion that people were not complying with the agreements they signed with the government, this would be understandable,” said Mr Aston.

“However, this has been shown to not be the case. We will be applying pressure to restore these payments immediately, given that businesses are facing cashflow problems because of what is clearly now an unfair decision by officials.”