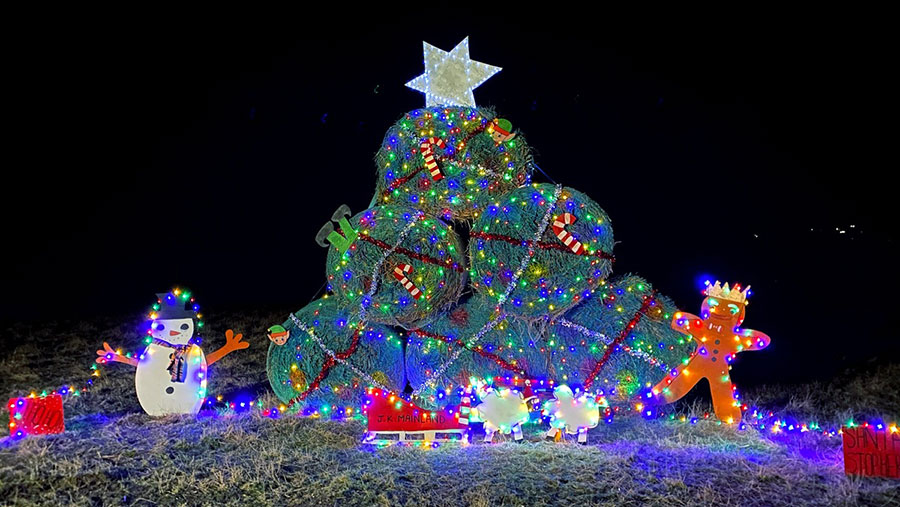 I can picture the scene. The lights on the tree in the corner still twinkle, but the scattering of needles is developing into a layer now.

The logs in the wood burner are crackling and you’ve finally opened this magazine two days late after a few hectic evenings of board games and attacking the leftovers.

Yes, the daily jobs still crowd in, but for a few more days, in most parts, there is a festive, relaxed feel in the air (apart from the glutton-for-punishment early lambers).

The new socks have not yet begun to slip down in your wellies and calm has settled over the house after the batteries in the toys littering the floor have begun to weaken.

After focusing on the past in our Christmas edition, we are looking ahead to the next 12 months in this week’s magazine.

In the Business and Livestock sections you’ll find in-depth articles studying the outlook for each farming sector in the year ahead.

Why should we encourage you to look ahead to a whole year’s worth of work to come when peace could reign for just a little longer?

Firstly, because the lull at this time of year gives rise to a restlessness in the most work-hungry of you, and the downtime will no doubt in part be used for the long-term planning that gets crowded out in busier times. But also because Farmers Weekly is instinctively on the side of those of you who are positive about the future, despite the many uncertainties, and want to get stuck in.

Yes, we’ll continue to cover and raise concerns about the issues our industry faces in the year ahead. Among those almost certain to rumble on will be the labour shortage crisis, the woes facing the pig industry and worries over the rapid inflation in input prices.

However, by this time next year, we’ll also know a huge amount more about the direction of policy for farmers in Wales, Northern Ireland and Scotland if they get on with their planning for replacing the Basic Payment Scheme (BPS).

In England, there’ll be learnings from the Sustainable Farming Incentive pilot, a lump sum exit scheme that will have come and gone, and more details on the higher tiers of the  Environmental Land Management scheme.

There will also be another cut to the BPS payment to contend with as direct support continues to taper off.

It is to be hoped that all this extra information will lead to a greater appreciation of who will be the winners, as well as the losers, from all these changes to come.

To help with all these decisions, keep an eye out in 2022 for more content from our Transition project, which will continue to bring in-depth analysis on the changes to come.

We’ll pick over which governments will shift from being the granny that always passes you an envelope at Christmas to a miserly customer that wants to buy environmental goods from you at bargain-basement rates. Happily, it seems we won’t have to produce or sell anything to them if they won’t pay a price it’s worth getting out of bed for.

Tough decisions may also be coming for agricultural enterprises that were an acceptable risk in subsidised times, but will no longer be worth the effort.

But opportunities to progress may also be around the corner for those who have a system or a niche that is sprightly enough to stand on its own two feet.

Happy new year to you all.