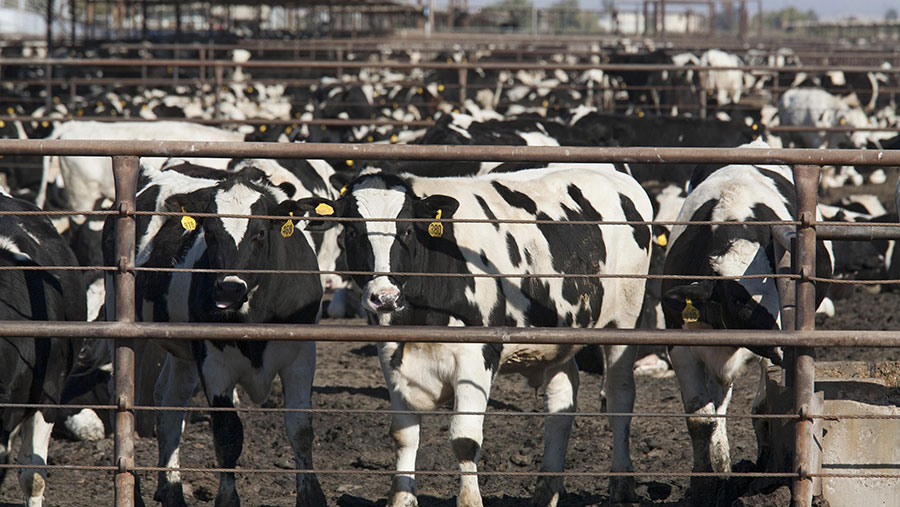 The timing could not have been more fitting. Just as MPs were debating and then rejecting the Lords’ amendments to the Agriculture Bill in parliament this week, Channel 4’s Dispatches programme was highlighting the very US food standards those amendments were designed to protect us from.

Called Dirty Secrets of American Food, the programme showed in graphic detail the reality of life for cattle on US feedlots – injected with hormones, fed a diet high in protein and standing in their own excrement until they reach slaughter weight.

Pigs do not fare any better, kept in vast sheds and treated with the growth promoter ractopamine – something that was banned in the UK decades ago – while pregnant sows in most states live in crates, unable to turn around.

And conditions on poultry farms are so filthy, the carcasses have to be washed in chemicals to kill off the pathogens.

Dispatches also covered the greater use of antibiotics, the wider array of pesticides and the increased incidence of food poisoning in the US, linked to E coli on meat products.

A number of MPs spoke out in support of the Lords’ amendments – in particular amendment 16, which would have prevented the future import of food produced in ways that would be illegal in the UK. But that vote was lost by a majority of 53.

The lobbying of both Lords and MPs must continue with urgency in the hope that some kind of guaranteed protection from substandard imports can be achieved.

The standard retort from government is that chlorine-washed chicken and hormone-injected beef are already banned under EU law, and this will be transposed into UK legislation at the end of the transition period, so there is nothing to worry about.

Not so! The bans on these and other US food products will only be contained in secondary legislation, which can be changed more or less on a whim by this or any future government, without the need for proper parliamentary scrutiny.

It would take primary legislation, such as the Agriculture Bill, to give the cast-iron guarantee so many citizens are demanding.

Furthermore, as Tory MP Neil Parish told the Commons on Monday (12 October), it’s not just about a free-trade deal with the US.

It’s about all future trade deals, such as with Brazil, where environmental degradation in the quest for cheap food production is almost taken for granted.

In another attempt to ensure proper scrutiny, the Lords had also supported the so-called Curry amendment – beefing up the power of the new Trade and Agriculture Commission when assessing future trade deals.

But MPs did not even get a chance to consider this, as the speaker of the House of Commons ruled it out on a technicality. So much for “taking back control”.

The chain of events also raises a serious issue of trust.

Members of the government have repeatedly promised you that they won’t allow lower food standards in order to secure trade deals. I know, because I’ve been keeping receipts:

But when they had the chance to underpin those “guarantees” with primary legislation, they baulked.

It’s not quite over yet. We now embark on a process quaintly known as “ping pong”, when the bill goes back and forth between the two houses until either a compromise text is reached or, failing that, the view of the Commons prevails.

As NFU president Minette Batters said last week, “it’s not over till it’s over”.

The lobbying of both Lords and MPs must continue with urgency in the hope that some kind of guaranteed protection from substandard imports can be achieved, fulfilling society’s expectations.