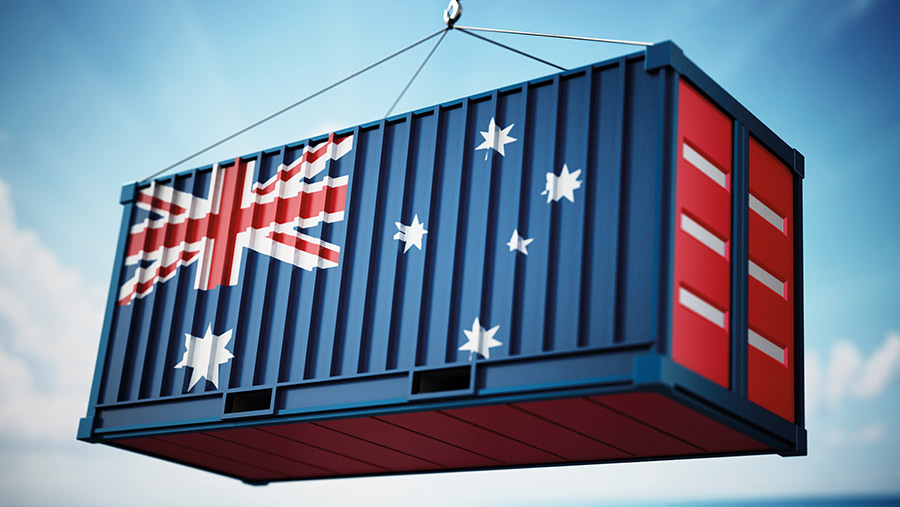 Jocular elbow bumps and a dinner of Welsh lamb and Australian wine marked the meeting between Boris Johnson and Australian prime minister Scott Morrison to seal the new free-trade deal between our two nations.

Full details of the agreement have not yet been published, but beef and sheep tariffs will be phased out over 10 years – although Australian exporters will immediately get access to a tariff-free quota for more tonnage than has been sent here in recent years.

Many trade experts remain confident a deal is unlikely to have a significant effect on UK farmers, as Australia has more lucrative markets for its agricultural goods in Asia.

See also: Will new green scheme be recipe for disaster?

However, the precedent of the UK having a liberal attitude to trade could matter a great deal in future if similar terms are applied to nations with a lower-cost exportable surplus of agricultural goods.

With that being said, even South American beef has shot up in price in recent months, and Argentina has banned exports for a month in an attempt to reverse a 65% price rise in the past year.

Only time will tell if we are entering a longer-term period of food scarcity and higher prices.

If so, it could both renew appreciation for domestic production as well as be a justification for further relaxations to trade barriers with other nations if shoppers start to feel the pinch.

Consumers will not look kindly upon any government that does not take action to lower the cost of living, with so many of them already living payday to payday with very little buffer.

It was excellent to hear this week that farmers in the Midlands are working on a pilot project with Amazon’s army of van drivers to deliver surplus fresh produce to food banks, although it’s terrible that it is needed when food is relatively cheap.

Survey results released by the Yorkshire Building Society this week reveal nearly one in five adults have less than £100 in savings.

Despite some people being able to pay down debt and save more during lockdown, the number of people who are not putting money away has risen from 12% in 2019 to 21% this year.

It is easy to imagine that the Johnsonian “levelling-up” agenda could be used to justify measures to bring down food prices further, even if it also brings farmers down a peg or two.

For all the chatter over the Australia trade deal, it may fade into insignificance if the UK and EU’s latest spat is not resolved amicably.

The EU has threatened to impose sanctions on the UK if it does not impose checks by July on goods flowing from Britain to Northern Ireland, which remains part of the EU’s single market.

This was the compromise reached to avoid checks being imposed at the Irish border.

However, the UK government has threatened to extend the phase-in period where it does not have to perform the checks, without seeking the EU’s approval.

Even before this latest dispute, the cost and hassle of sending goods to the EU has increased dramatically.

The British Meat Processors Association says there is now a 24-step process, laden with paperwork, for a consignment of pork chops to be sent to Paris, compared with one step before Brexit.

As we head into the season where we are most reliant on lamb exports, it is to be fervently hoped that tariffs are not added to this burden, or trade with our biggest customer could have much further to fall – punishing both farmers and consumers.