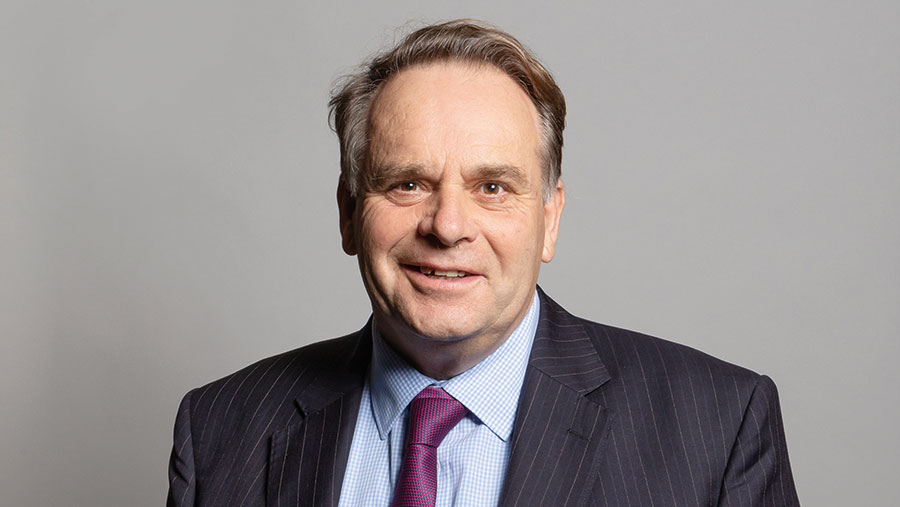 The swift and unexpected departure of Neil Parish from politics this week sent anger, shock and disappointment rippling through farming circles and far beyond.

His behaviour clearly meant it was impossible for him to carry on, having left him at odds with his party and the public.

It is a sign of the times how surprising it was that he did the honourable thing and resigned so swiftly.

See also: At last some optimism in battle to end bovine TB

Mr Parish is a well-known figure in farming circles for chairing the parliamentary committee that scrutinises Defra, but fairly anonymous to most others outside his constituency.

Yet he will now be remembered primarily by most as the Tory MP who had to retire for watching pornography in parliament.

There are defining moments in everyone’s life, whether in victory or defeat, that have the capacity to eclipse much of what has gone before.

Clearly one of the things that attracts people to politics is the desire to have a moment or two of triumph in the spotlight, but the bargain is that it is also a very public forum for shame. Just ask Matt Hancock.

I’m reluctant to bring up Enoch Powell in this column too often, but it feels as if it won’t be the last time I reach for his saying that all political careers end in failure.

But while most asked “how could he have been so stupid?”, others asked “why is he being gotten rid of now?”, suggesting there was an ulterior motive at work.

A conspiratorial air hangs over every development in politics, be it in Westminster, Holyrood, Cardiff Bay or Stormont.

It is true that plotting is as old as politics itself, as many players look for any edge to seize power.

In recent times, the dead cat strategy has become a common phrase for referring to an eye-catching event that is supposedly engineered by a politician as a sleight of hand to distract onlookers from witnessing a greater embarrassment or injustice taking place elsewhere.

Could the Devon MP have been shoved aside in this manner, or as punishment for not being totally loyal?

Unlikely. It is one of my firmest beliefs that, when looking for the explanation for a scandal, cock-up is a far more likely explanation than conspiracy.

If you want to believe the latter is commonplace then you also have to believe politicians and their advisers have substantial control of events.

It is one of my firmest beliefs that, when looking for the explanation for a scandal, cock-up is a far more likely explanation than conspiracy.

Clearly there is abundant evidence to contradict this – just look at the total failure to impose border checks on imported food.

Politics is full of people with large egos, competing ambitions and strategies that change by the hour – as fertile a breeding ground for mistakes as any you will find.

While Mr Parish effectively articulated many of farming’s chief concerns, it is debatable how problematic this made him to the government.

Select committees occasionally have the capacity to cause huge embarrassment – such as when Amber Rudd resigned after a disastrous hearing on the Windrush scandal, or the more recent lambasting of P&O Ferries chief executive Peter Hebblethwaite.

Yet the rest of the time their scrutiny is accepted as a normal part of the functioning of government, creating a specialist forum for debate on the biggest issues affecting each department without troubling newspaper front pages or TV bulletins.

Sometimes it’s OK to accept that the truth is frequently boring, that people are fallible and they routinely slip on banana skins that they’ve flung into their own path.