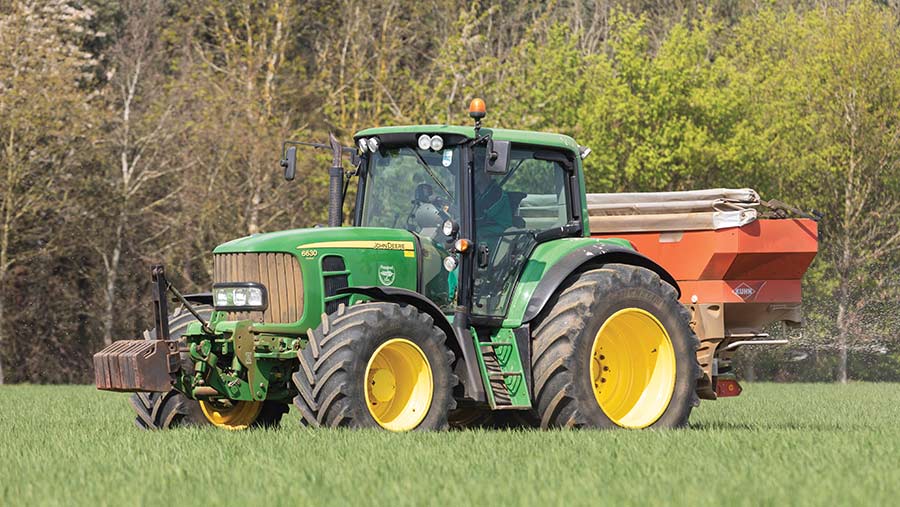 Agriculture is often seen as an easy target. Take the arguments around greenhouse gas (GHG) emissions, where the number one offender is transport, followed by industry, yet it is farming that always attracts the adverse media attention.

At 10% of UK emissions, agriculture certainly plays a part, but at times the criticism – especially of livestock farming – seems disproportionate.

See also: Analysis: What a ban on solid urea could mean for farming

Yet once again the sector is in the firing line, this time from government proposals to impose an outright ban on the sale and use of solid urea as part of its Clean Air Strategy.

Sure, the ammonia given off by urea is not a greenhouse gas, but it does contribute to air and water pollution, mainly by combining with other pollutants to form particulate matter, which can travel long distances.

Ammonia emissions can also lead to the deposition of nitrous compounds on land, increasing soil acidity and causing nitrate leaching into watercourses.

As such, it is understandable that the government has set ambitious targets for agriculture – aiming for a 16% reduction in ammonia emissions from 2005 levels over the next decade.

But going for a blanket ban is too heavy-handed. Yes, it would have the biggest effect on reducing emission levels, which is why it is the “preferred option”. But at what cost?

The government’s own analysis suggests it will hit the agricultural industry to the tune of £125m, mainly by forcing farmers to use more expensive ammonium nitrate (AN) instead.

That, says Defra, would achieve a £968m net benefit to society from improved public health – a cost:benefit ratio of roughly 8:1.

But, according to Defra’s own figures, the other two options it is considering – requiring the addition of urease inhibitors to urea, and limiting spreading to the start of the year – would both offer better value for money.

Banning solid urea will discriminate against UK growers, who will face increased competition from imports from countries around the world that continue to have full access to the product.

Using an inhibitor would only incur an extra £66m cost for a similar benefit of £885m, while restricting spreading to 15 January to 31 March would cost agriculture £87m to deliver benefits of £737m. Both represent a better cost:benefit ratio.

From the farmer’s point of view, retaining solid urea in some form at least maintains a degree of competition in the nitrogen fertiliser market.

Banning it outright will simply create market distortion, benefiting just a handful of AN producers. Defra predicts an £11m boost to their profits.

Increasing AN use can also lead to unintended consequences, such as increased water pollution from nitrate leaching and more greenhouse gas emissions from nitrous oxide. Storing AN is also more dangerous than urea.

But perhaps the strongest argument comes down to fairness. Banning solid urea will discriminate against UK growers, who will face increased competition from imports from countries around the world that continue to have full access to the product.

And if Scotland, Wales and Northern Ireland don’t follow Defra’s lead, English growers will be at a further disadvantage within their own market, too.

It is not disputed that farming needs to play its part. But surely it is better to delay a formal decision until the newly established Nutrient Management Expert Group has made a proper assessment of the policy options over the next 16 months?

This body has been specifically charged with assessing the whole issue of nutrient management and “developing recommendations on the optimal policy approaches to minimise nitrogen-based and other pollution from fertiliser use”.

Why jump the gun by imposing a unilateral ban on solid urea now?