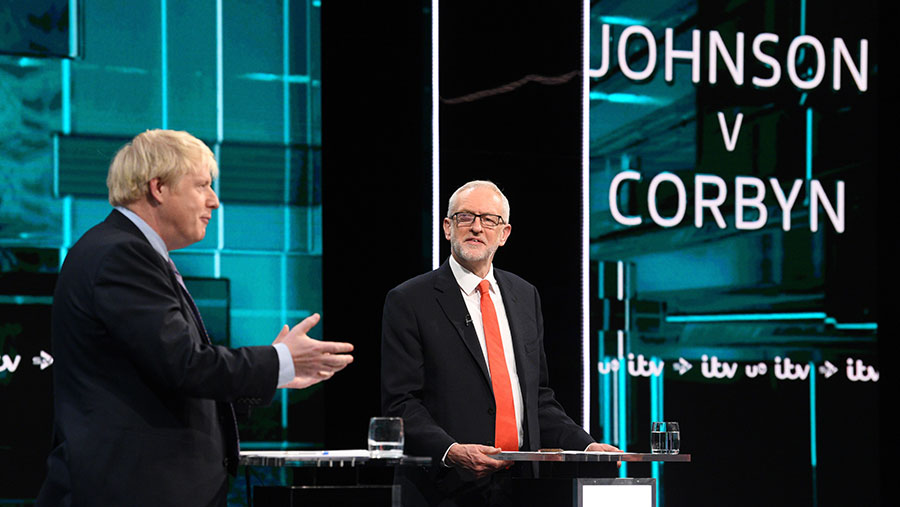 With less than three weeks before polling day, it’s fair to say the country is hardly gripped by election fever.

In part, that is down to the quality of the leadership contenders, as well as the paucity of good policies on offer.

The game of “claim and counter claim” about exactly how much can be shaken from the magic money tree is also proving tedious, while the televised leaders’ debate earlier this week did little to quicken the pulse.

This has not stopped lobby groups from setting out their stalls, of course, with farming organisations as quick as anyone to publish their policy wish lists.

This week, it was the turn of NFU Scotland and the National Pig Association, calling for (among other things) an end to Brexit uncertainty, protection from substandard imports, decent access to labour and a taxpayer boost to productivity.

These demands closely match those contained in the NFU’s recent “Brexit and Beyond” manifesto and the CLA’s “Rural Powerhouse” campaign.

With these wish lists on the table, attention has now turned to what the main political parties actually have to offer.

First out of the blocks was the Green Party with its “Green New Deal”. This contains some challenging proposals for agriculture, including a halving in the use of pesticides by 2022, a tax on meat and dairy produce to encourage plant-based diets, an end to the badger cull and a desire to see 50% of all farmers engaged in agroforestry by 2030.

The Lib Dems came next, with plans to retarget public support for agriculture, cutting basic support payments for larger recipients and redirecting it to things like restoring nature and reversing biodiversity loss, based on legally binding targets.

The threats of such policies are obvious. One observer on Twitter commented that they would amount to exporting the whole agricultural industry, though another claimed “they can say whatever they like, as they have no chance of winning”.

That may be true, but there is little doubt that the green agenda reflects a growing concern about the environment among the wider electorate, as well as some of the other political parties, and is something farmers need to be very mindful of.

This was emphasised by former Conservative leader William Hague at this week’s NFU Henry Plumb lecture.

Accounting for about 1% of the electorate, farmers are never going to be a priority for vote-hungry parliamentary candidates.

But surveys show that farmers are still viewed relatively favourably by most of the British public and, by emphasising the quality of their produce and the high animal welfare standards they adhere to, they should still be able to garner support.

Clearly, there a degree of cynicism in the run-up to the general election. But it is also one of the most important in recent political history.

Whoever wins will hold the key to the destiny of Brexit, and what comes after it – especially in terms of future trade deals and agricultural policy.

Farmers need to get engaged, emphasising that, despite its low headcount, agriculture is a vital industry upon which every single UK citizen depends.

The sector already delivers massively in terms of animal welfare, food safety and environmental protection – and it delivers for the economy, too, as the bedrock of the whole food sector.

The next crop of politicians needs to be made fully aware of this. British agriculture must not be sacrificed by policies that undermine its viability.