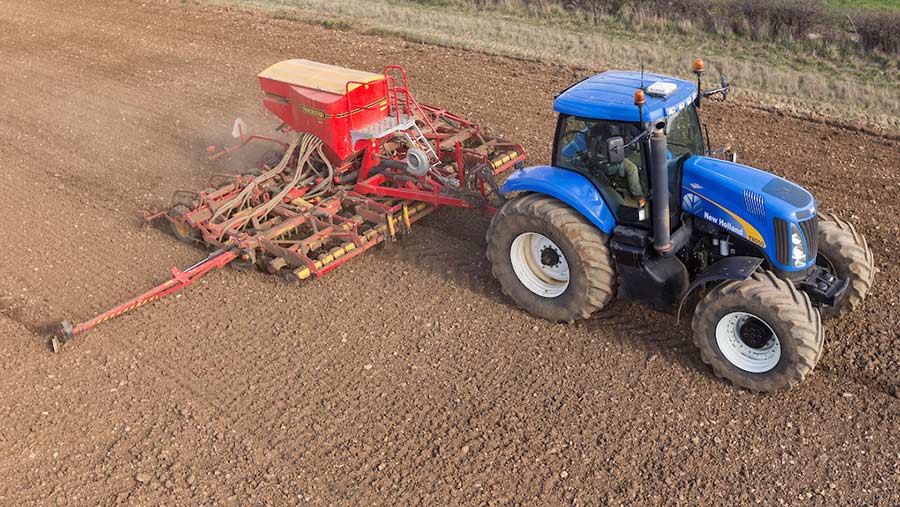 Prime minister Boris Johnson’s confidant and chief strategist Dominic Cummings has famously called for “weirdos and misfits” to apply for jobs in the civil service, to add a bit of “cognitive diversity”.

Judging by recent comments attributed to one senior adviser to the Treasury, some such individuals are already in post.

According to leaked emails, Dr Leunig maintains “the food sector isn’t critically important to the UK – and agriculture and fish production certainly aren’t”.

He went on to suggest the UK should be more like Singapore – “which is rich without having its own agricultural sector” – and import its food.

The comments have drawn widespread condemnation and show just how out of touch with reality some of those who live their lives in the “Westminster bubble” really are.

Just in terms of economics, Dr Leunig’s assertions are wide of the mark. On its own, farming may account for less than 1% of the overall economy, but it is the bedrock of a food and drink sector that is massively important.

Combined, agri-food and drink contribute £121bn to national gross added value – equivalent to almost 10%. It also accounts for just over 4m jobs, or 14% of British employment, and earns £24bn from exports.

Obviously, the sector would persist even if primary production did not, but processing and the allied industries would be seriously diminished, leading to lost jobs and lost output on a colossal scale.

Trying to draw a comparison with Singapore is equally tenuous. Singapore is an island city state with almost no agricultural land, and an economy dominated by financial services and oil refining.

It does not have the ability to produce its own food, much as it might want to.

Which leads on to the small matter of food security. In the early 1990s, the UK’s self-sufficiency in food stood at 75%. Today, it is closer to 60% – the same as at the start of the First World War.

Mercifully, another war affecting these shores seems unlikely. But given current levels of global uncertainty – climate change, mass migration and emerging diseases spring to mind – any policy based on increasing our dependence on food imports would be absolute folly.

So too would be overlooking the role farming plays in the social and cultural fabric of the country, supplying safe food to a growing population and providing the backdrop to a rural tourism industry worth billions.

It is some consolation that the government has been quick to distance itself from Dr Leunig’s wayward – some might say weird – proclamations.

Treasury has farming in its sights

But it’s unlikely that his is a lone voice in Whitehall. It is clear the Treasury already has farming in its sights, with indications that next week’s Budget may well include an attack on inheritance tax allowances and red diesel duty exemptions for farmers.

Furthermore, as post-Brexit trade negotiations get under way, any signs that the UK “doesn’t really care about farming” could be seized upon by our trading partners.

Yes, it’s important not to shy away from original thinking, or overlook the fact that farming needs to increase its productivity and improve its business performance.

But government advisers would do well to explore how they can help the sector fulfil its potential and serve the nation to best advantage, rather than sniping from the sidelines.