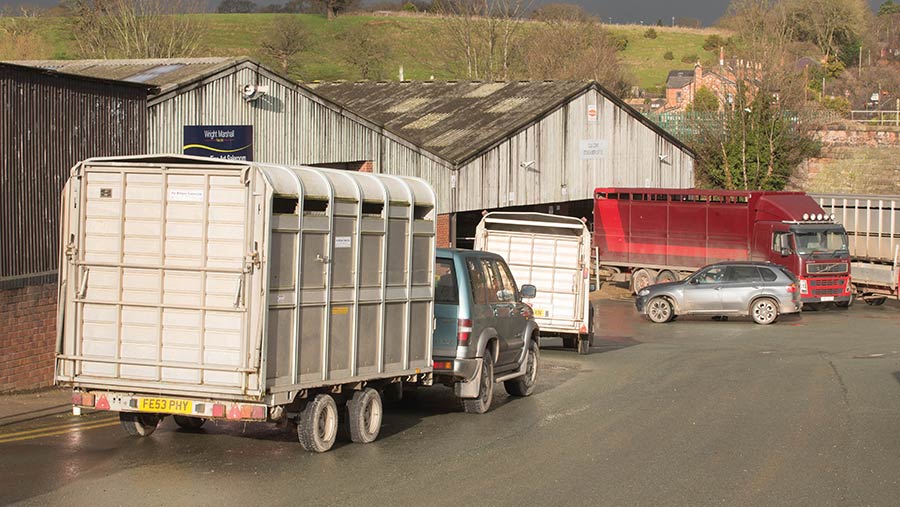 The announcement in the past week that training and a test will shortly no longer be necessary before towing a trailer on the road was greeted with astonishment by many.

Eliminating a rule, particularly one that is linked to health and safety, is a far from everyday occurrence, with legislation designed to regulate even moderately dangerous activities only increasing in recent decades.

The government’s reasoning is rooted in practicality rather than a change of philosophy, as it wants to free up the time of test administrators to clear a backlog of trainee lorry drivers.

I remember my trailer training quite vividly, and while the intention behind scrapping it is laudable given the current driver shortages, we should be cautious about celebrating its departure.

Passing my test gave me a lot of confidence that I had the skills needed to be responsible to drive valuable loads of livestock on roads of all sizes.

It didn’t stop me being stupid – I remember rashly cruising into the drive-through of McDonald’s with the trailer behind and scraping through with inches to spare.

Every young farmer will have had “there’s drivers and then there’s screwdrivers,” bellowed at them after creating a fresh dent in something, no matter how many safety or proficiency certificates they have.

Yet that does not prove that tests are useless, anymore than one person managing to use a dangerous piece of equipment safely without training proves that educating people in best practice should be scrapped.

I hope employers will continue to see the value in training staff to use all equipment that can pose a danger to themselves, other people and livestock, whether the government requires a piece of paper to prove it or not.

It’s not just new drivers who have had a reprieve from red tape this week, but also food exporters in the EU that send their goods here.

They will have until July 2022 before having to submit to physical checks of goods and the additional paperwork already endured by UK food exporters sending goods into the EU since the beginning of the year.

This is fresh evidence of the government’s failure to adequately progress with building the necessary infrastructure at ports to allow checks to occur.

However, the delays also come after warnings that imposing the requirements would have created further disruption in food supply chains that are being stretched by the aforementioned lorry driver shortage.

Trailer tests cancelled. Import checks shelved. Here are just two examples of the ripple effect that has spread out from issues in just one part of our food supply chain.

Government officials who have time to lift their heads from the task of desperately resolving this may like to also reflect on what emergency measures they would deploy to support food producers in a future crisis.

A few short years ago, very few could have foreseen that the country would have 100,000 fewer drivers than needed to keep every part of the economy moving, but a future where we are suddenly more reliant on home-grown food is easier to imagine.

Efforts to correct the former are laudable and show how much easier it is to support an existing resource than build back one that is depleted – particularly food production.

The NFU’s call this week for an annual report from the government on food security, rather than the current wimpish pledge of one every three years, is absolutely right.

Food security is national security, not just another disguise for more protectionism. This most important of issues needs constant vigilance.