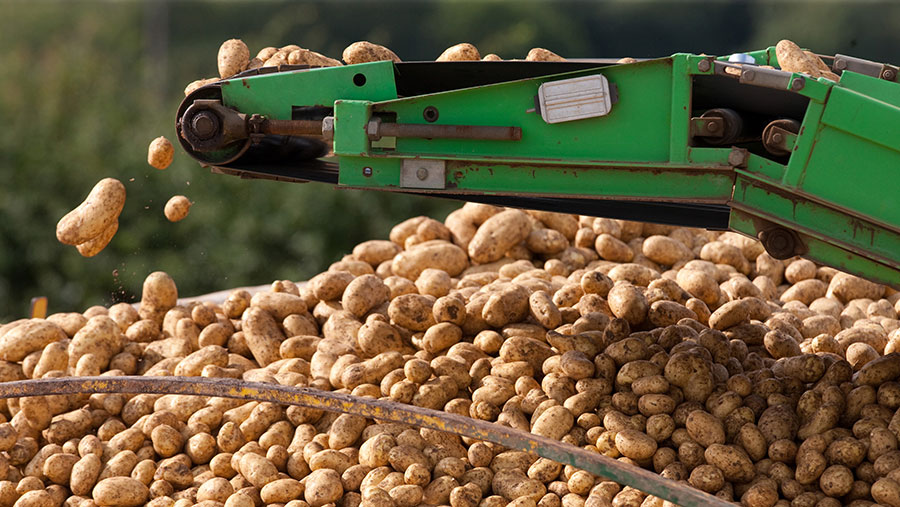 If you’re gazing down at this column after eating a Friday night tea of steak and chips, you might reflect on the fact that both were subject to an AHDB levy on their way to your plate.

Well, not for much longer. This week potato growers joined their horticultural brethren in rejecting the idea of a compulsory contribution to a shared research and marketing resource.

The scrapping of a compulsory levy for potato growers comes 16 years after the British Potato Council – the predecessor organisation to AHDB Potatoes – was voted one of the nine most useless quangos in the UK.

Two rejections after two ballots is a damning result for the AHDB (surely soon to be the ADB) top brass.

They have failed to deliver what their farming paymasters would regard as a sufficient return on investment.

Either this is because they simply haven’t done enough with the money provided, or they’ve failed to communicate effectively that value for money has been achieved. At this stage, it doesn’t really matter.

Farmers have been told for years that one of the keys to having a business that is fit for the future is to find efficiencies in their spending.

It looks like that message has not gone unheard.

They know their businesses the best and their decision must be respected.

It was startling to hear that plans are still afoot to continue to collect the levy for the 2021-22 year and I hope the AHDB will be transparent and show that money will only be taken to fulfil outstanding contractual commitments.

With all that being said, I feel a lot of sympathy for the staff at the organisation whose jobs are under threat.

Many of them will have years of experience and passion for the sector, and may be as frustrated as farmers by how the organisation has been run.

To what extent does this decline in co-operation matter for the industry as a whole?

I understand that these two votes by farmers to spend less of their own cash on joint initiatives have not gone unnoticed by Treasury officials who control Defra’s purse strings.

It is certainly easy to see the logic: If farmers aren’t willing to spend their own money on supporting their industry, why should taxpayer cash be used to support these sectors?

Few would argue against the principle that farm businesses should, like other parts of the economy, be allowed to succeed or fail based on their own merit.

This decline in collaboration could in part be the result of farms becoming bigger and farmers becoming less willing to delegate the responsibility of research and development to a third party.

Farming is a specialised, localised endeavour with the most valuable research often taking place on farm, where results are definitely relevant.

The second most valuable level of research is surely one where there is a commercial incentive – an enterprising individual or company spots a problem for which there is no easy farm-level solution and tries to solve it in return for a profit.

Where caution is needed, and government support will continue to be vital, is in the delivery of everything beyond the production of agricultural products that farmers are expected to do.

ADB? Perhaps in future it should be the Environmental Delivery Board.