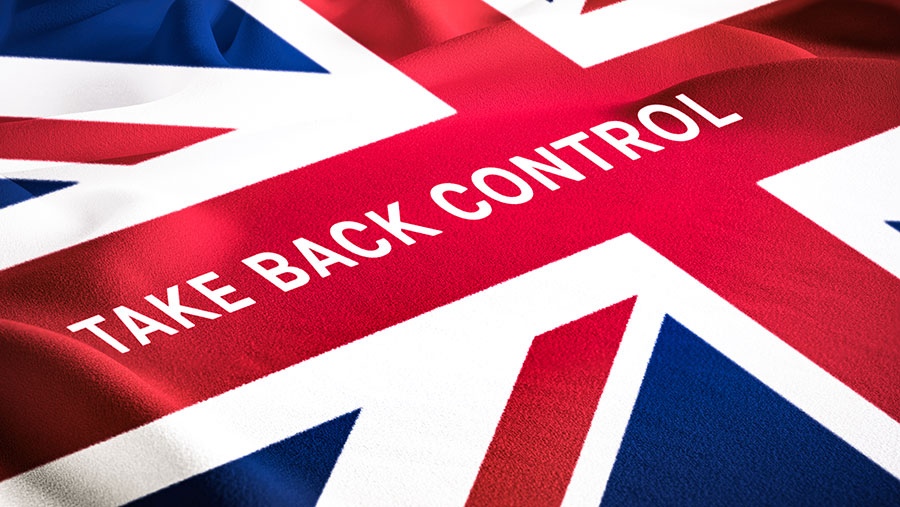 This week marks the second anniversary of Brexit – not the vote, but the moment the UK actually left the EU’s institutions.

Farmers, like the rest of the population, remain divided over the positive and negative effects of that monumental decision, and continue to debate them vigorously.

Anniversaries are sometimes a false construct, beloved by journalists as a reason to dash off another reflective piece of analysis, and their importance can be overstated (unless they’re marital in nature – please don’t forget those).

See also: Court of public opinion is tough place for PM and Oatly

It doesn’t strictly matter that a certain number of 365-day periods have passed since a particularly eventful day.

But as sentimental creatures we use these milestones as the points in time when we reflect on the moments our lives took a fresh turn.

It placed great emphasis on the moment the slogan “Take Back Control” was conceived and went on to be plastered across the country.

The battle into which it was born may be fading, but its spirit lives on in the countless fresh issues that have sprung up in its wake.

Within our industry the vote granted domestic policymakers more control of agricultural and environmental issues after more than 40 years of much of it being managed at an EU level.

Yet the freedom to do our own thing has raised profound questions about who and what the countryside is for, which are far from resolved.

Across all four nations of the UK, farmers feel their communities and livelihoods are increasingly threatened by faceless corporations that will snatch away any land that comes to market for tree planting and carbon offsetting instead of food production.

It was heartening this week to see farmers in Carmarthenshire successfully persuading Foresight Capital, a company with £8.4bn of assets under management, to rethink its decision to cover 40ha of recently purchased farmland in conifers.

Activism is still a dirty word in much of our industry, giving rise either to visions of dull, endless parish council meetings that achieve little, or the rabble-rousing of our farming counterparts on the continent that we are reluctant to emulate.

Yet in the world of social media, where a company’s reputation can be trashed before breakfast if the wrong thing starts spreading across WhatsApp groups, reputation matters more than ever to many firms.

We may feel powerless and ineffectual, but in fact it has never been easier to hold previously inaccessible people to account.

In this debate, the biggest barrier to preserving land for food production will be agreeing on how much action is needed.

We’re not self-sufficient in timber any more than we are in food, so if it can be done responsibly, more trees in certain areas still seems like a good idea.

Putting more stringent controls on who land can be sold to or on what basis it can be used could harm farmers as well as benefit others – I haven’t heard many complaints from those who have sold land for development or altered its use for diversification.

For rural communities to truly take back control, the countryside needs a diversity of high-quality jobs, particularly those that, as Matthew Naylor advocates, provide a ladder for young people to get on in the world.