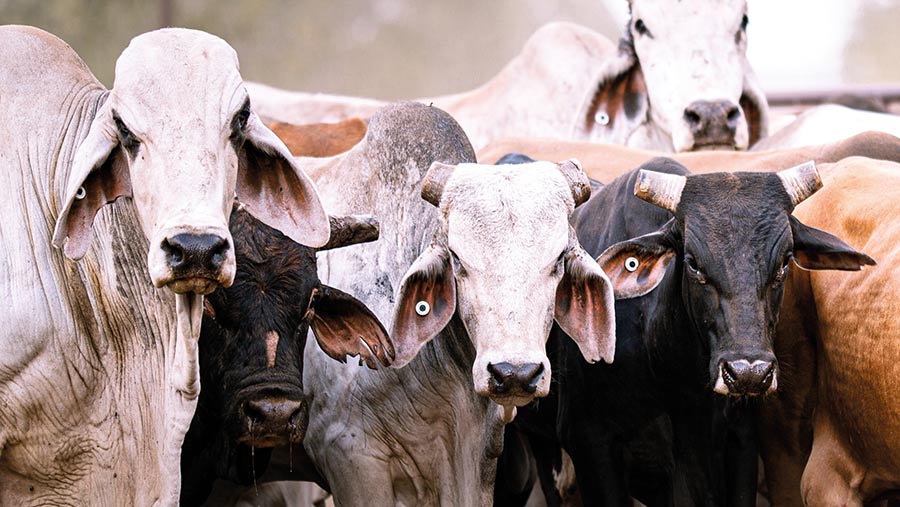 Meals are elevated from the humble refilling of the fuel tank to memorable events by either exceptional food or outstanding company.

That’s why it was great to hear some market canteens are throwing open their doors again this week, alongside many other pubs and restaurants.

They may not be the home of crisp linen, haute cuisine or even a clean floor, but give me a fry-up there among friends over a tasting menu on the 14th floor of some soulless hotel any day.

The canteen elevates the status of a market beyond a place for simple commerce to one of camaraderie and companionship.

Hunched over cups of tea, mulling a neighbour’s change of farming policy, bemoaning an inspector or debating the issues of the day is vastly superior face to face than even your funniest Whatsapp group.

One topic of conversation that will surely set tongues wagging this week is the news of the UK moving closer to a free trade agreement with Australia, including for agricultural products.

A multitude of farming organisations have been on manoeuvres this week to warn of the harm this could pose to our industry.

The government’s own estimates say UK farmers would be at a competitive disadvantage to our Australian counterparts if it came to pass.

To my mind, the largest advantage the subsidy-free Australian beef farmer has is the sterling work their industry has done in improving the eating quality of their product. They have a grading and payment mechanism that directly rewards the producer for breeding and rearing an animal for more tender meat.

The debate over how to proceed has gone all the way up to cabinet level, with the prime minister yet to have the final say on one side or the other as Farmers Weekly went to press on Wednesday.

Allowing in products tariff free from countries that have different production standards to our own seems to break a basic principle of fairness – how can we compete with them on a level playing field?

It is true that Australian farmers have access to a number of chemicals that UK farmers do not – such as neonicotinoids for crops and growth promotors for cattle (although the industry is segmented to be able to export hormone-free beef).

It is also true they operate on average at a greater scale with much wider use of feedlot finishing systems.

But take heart. The prospect of vast volumes of Australian beef docking on our shores is very low, trade policy experts say.

They are already selling into Asian markets at higher prices than the average price we paid for imports in the past few years.

There is also no guarantee that any imports that do come in will do anything except displace imports from another source, rather than chip away at the proportion sold that is British.

To my mind, the largest advantage the subsidy-free Australian beef farmer has is the sterling work their industry has done in improving the eating quality of their product.

They have a grading and payment mechanism that directly rewards the producer for breeding and rearing an animal for more tender meat.

This is miles ahead of our Europ grid, which was set up to harmonise commodity beef production across the EU.

Whatever the outcome of this deal, it is likely to be neither as bad as protectionist doom-mongers forecast or as good as free-trade fanatics promise.

Those who warn that Australia is just the precedent-setting first free trade deal that will culminate in open trade with other exporters who do want to send significant volume here may have a point.

But you would dismiss other farming systems and policies simply as substandard at your peril.

If there is to be a Brexit dividend, we must have a more honest debate about where our rivals outperform us – as well as undercut us – and identify how our current system has failed farming, as well as helped it.