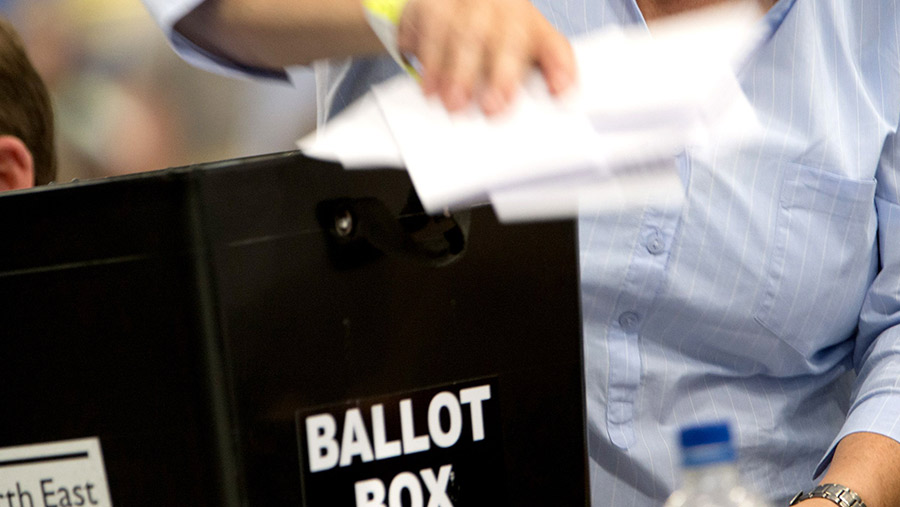 Farmers are relying on ministers to carry out a bonfire of EU red tape when the next government is formed, says Mid Wales farmer John Yeomans.

Together, he and his wife Sarah farm 94ha at Llwyn y Brain, near Newtown, Powys. A further 21ha of land is rented.

Mr Yeomans thinks farmers who voted Brexit did so because they were fed up with the time and money spent dealing with EU bureaucracy and farm inspections.

“Legislation is killing agriculture,” he says. “We have to jump through so many hoops, when all we want to do is care for the environment and feed people.” 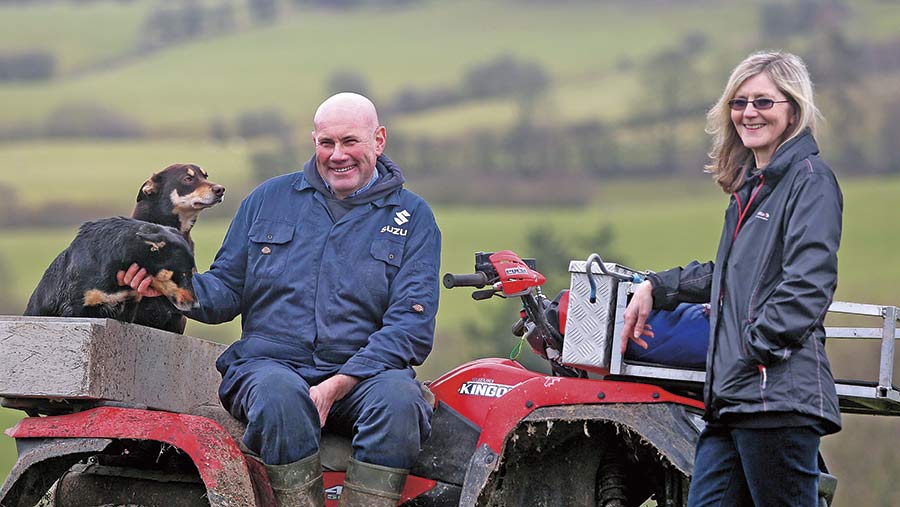 John and Sarah Yeomans on their farm © Richard Stanton

Mr Yeomans wants the next Welsh Assembly to free farmers from the mountains of paperwork – but he is not convinced this will happen.

“I actually think we will end up with more bureaucracy after Brexit,” he says.

“But if your business depends on spending half your time in the office doing paperwork, rather than caring for your livestock, then we’re heading in the wrong direction.”

Mr Yeomans says too many Welsh cattle farmers are quitting the industry because they are “sick of the hassle with TB”.

He wants the next government to consider a badger, deer and camelid culling policy as part of efforts to eradicate bovine TB.

“I definitely wouldn’t support culling all badgers, but we cannot continue killing cattle and not tackling the issue in wildlife,” he says.

“The Welsh government is proposing bi-annual testing for cows in high-risk areas. This could affect trade and we would have more cows aborting, more with broken legs and more farmers and vets with injuries.

“Politicians need to take a long-term view on TB – like they do in New Zealand – and not just look at it over one government term.”

Overall, Mr Yeomans wants food and farming to be pushed up the political agenda.

“There are 100 million people starving in the world. I don’t think politicians in the Western world think about agriculture as much as they do elsewhere,” he says.

“If farmers stop spending money, then it’s the machinery dealers and agricultural merchants and others that suffer. All the jobs that are associated with agriculture rely on a successful industry.”

Voting intentions: Five parties are standing in Montgomeryshire. Unlikely to vote Green or Labour, but would consider Conservatives, Lib Dems and Plaid Cymru.