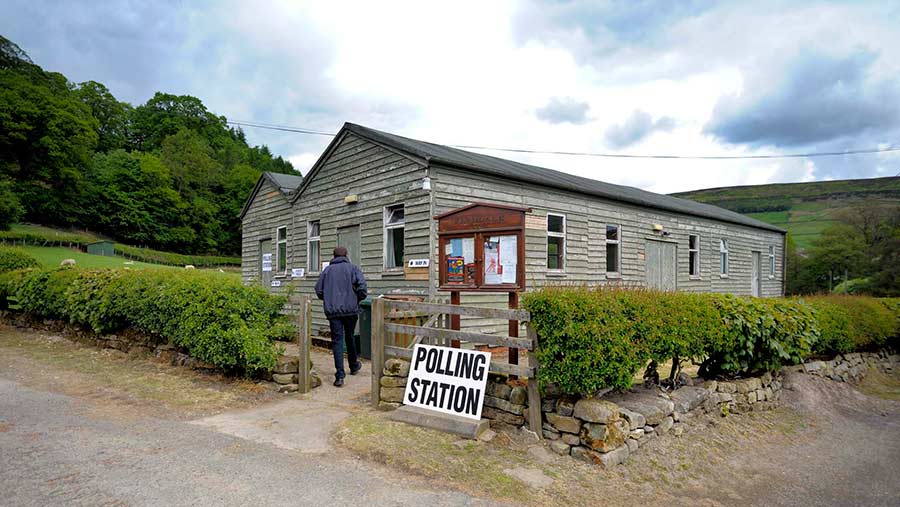 As the UK heads towards a general election on 8 June, farmers have been revealing their voting intentions.

A Farmers Weekly poll carried out on FWi shows 71% of respondents intend to vote Conservative in the election.

Ten percent say they will vote Labour and 8% will choose the Liberal Democrats, with the remaining 11% expressing support for other parties, including Plaid Cymru, SNP and the Green Party.

See also: Farmers shift from Ukip to the Tories

According to our poll, Ukip are the big losers, taking just 1% of the vote. Our findings suggest the anti-EU party has seen its support collapse after it achieved its ambition in the Brexit vote.

Much of the UKIP vote appears to have switched to the Tories.

The majority of the nearly 800 people who completed our survey – 72% – say they are farmers. The poll remains open for responses.

As farm leaders prepare to join prospective MPs for hustings events up and down the country, the NFU urged all farmers to make their voices heard in this year’s election and cast their votes for candidates who pledge to back British farming.

Richard Tucker, vice-chairman of Devon NFU, said: “We need to be asking them some serious questions about what they are planning to do to support the industry and make it clear that if sufficient answers are not forthcoming, we will be casting our votes accordingly.

“The decisions we are taking now will have an effect on the whole rural community that farming underpins.

“Everyone from machinery suppliers and seed merchants to food manufacturers and tourism businesses such as campsites depend on a profitable farming sector.

“Farming is a long-term industry and younger farmers like me, who are hoping to be in the industry for many more years, need the confidence to be able to plan for the future and invest in our businesses.”

Farmers reveal how they will vote in the election

“I don’t know how I’ll vote at the moment, but it won’t be Conservative. I do not think they are good for farming and the environment.

“I don’t want to pay a ‘dementia’ tax and I would like my children to have a free education.”

“I voted Ukip in the 2015 general election, but I will be voting Conservative this time. I’m hoping the Conservatives will do a good job in the Brexit negotiations.

“It won’t be perfect, but I think they will do as good a job as they can for British agriculture.”

“When the country narrowly voted in favour of leaving the EU, no one had a clue what the final deal might look like. The Brexiteers’ mantra was ‘take back control’.

“Surely that means we should have a second chance to express our view in a referendum on the final outcome. Currently I see no evidence that farmers, or the country as a whole, will get a good deal.” 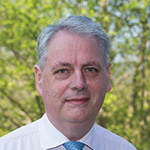 “I voted for the UK to remain in the EU in the referendum. But that ship has sailed.

“We have to get the best deal. Therefore, I completely support Theresa May. She needs a strong majority so she can make tough decisions.”

Tell us which party should receive the farming vote in the election and why. Email philip.case@rbi.co.uk with your views.