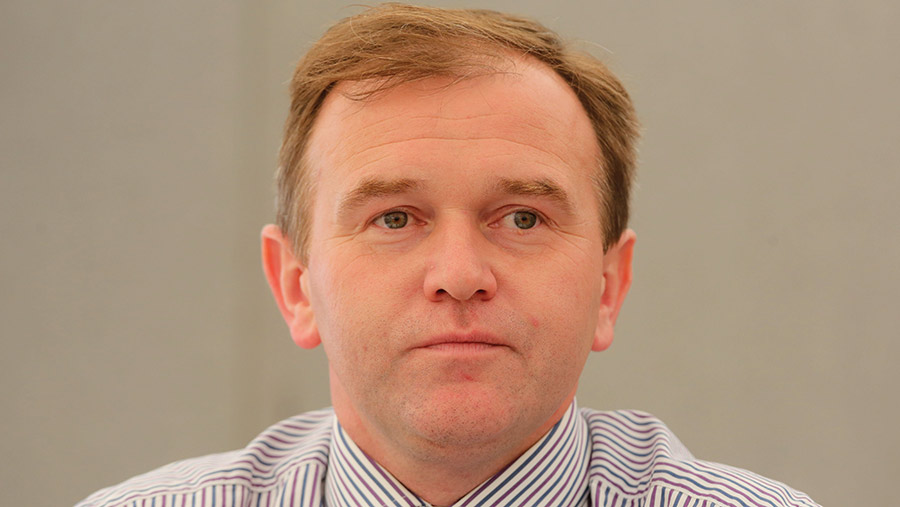 Defra minister George Eustice has warned that the government can do to little to address overproduction by dairy farmers.

A 9% increase in milk output over the past year had contributed to the slump in milk prices, Mr Eustice told MPs on Wednesday (11 May).

Other drivers were increased production globally and difficulties in accessing overseas markets such as China and Russia, as well as a fall in the value of the euro, he said.

Mr Eustice was giving evidence to the House of Commons Environment, Food and Rural Affairs Committee, which has been investigating the fall in farmgate prices.

Committee chairman Neil Parish said he knew the government was working hard with retailers and others to get an improved price for dairy farmers.

But he warned that an increasing number of producers were going out of business.

“It is an extraordinary thing that – even in the very difficult year last year – we actually saw production in the UK go up by around 9%,” he said.

The total number of farmers had fallen by about 3% over 12 months, said Mr Eustice, but it was surprising there hadn’t been more of a move to dampen milk production.

In 2012, the last time the sector faced low prices, farmers had reacted more quickly to the depressed market by curtailing production, and the market had bounced back.

“This time, we are seeing something different, which is when the price goes down farmers think they have to produce even more milk in order to bring in the cheque,” said Mr Eustice.

Asked by Mr Parish whether there was anything the government could do, Mr Eustice replied: “I don’t really think there is – the scale of it is so big.”

Mr Eustice said the government didn’t want to reintroduce milk quotas, because in the long term it would be the wrong thing to do.

“We don’t think there is a great deal we can do.”

The government was promoting exports and was looking to encourage processing capacity so farmers could add value by producing infant formula baby powder.

China is seen as a key potential export market for UK milk producers once the global dairy market recovers, and there have been a number of Defra trade missions to the country.

Asked by Simon Hart MP whether Defra should be doing more to help agriculture, as it had for steel producers in south Wales, Mr Eustice suggested farmers should be market-led.

Defra was putting a lot of effort into developing a futures market for milk, he said.

“We recognise that agriculture is a crucially important industry – and we do want a dairy industry,” said Mr Eustice. “But the problem here is oversupply.”

He added: “Ultimately we we want farmers around Europe and around the world to read the market and temper supply so we can get it back into equilibrium.”