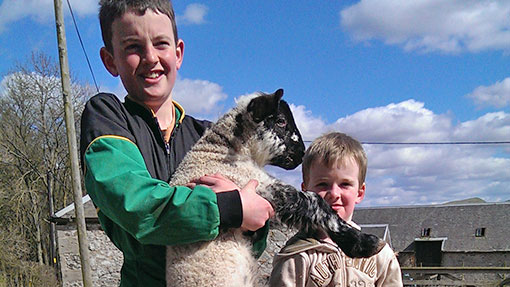 A huge lamb has been born on a farm in the Scottish Borders, tipping the scales at 10.5kg (23.2lbs) – making it one of the heaviest-ever newborn lambs in Britain.

Neil’s wife, Fiona, said it was one of the largest lambs she had ever seen. “The ewe started to lamb in the pen and as soon as I felt the size of the feet I knew it was massive,” she said.

“It really is quite amazing. We had a very large lamb last year that was born alive, but later on died. This is the biggest we have ever had that has lived.”

Mrs Ralston said Big Jock was born naturally and the Cheviot-cross ewe needed only minimal assistance while lambing. It had been put to a Suffolk tup.

“We got the bathroom scales out and put a large red tub on it to weigh the lamb,” she said. “When my youngest boy held it for the first time, he could hardly lift it.”

Pictured with Big Jock below are the Ralston’s sons Greg, 10, and Lewis, 6. 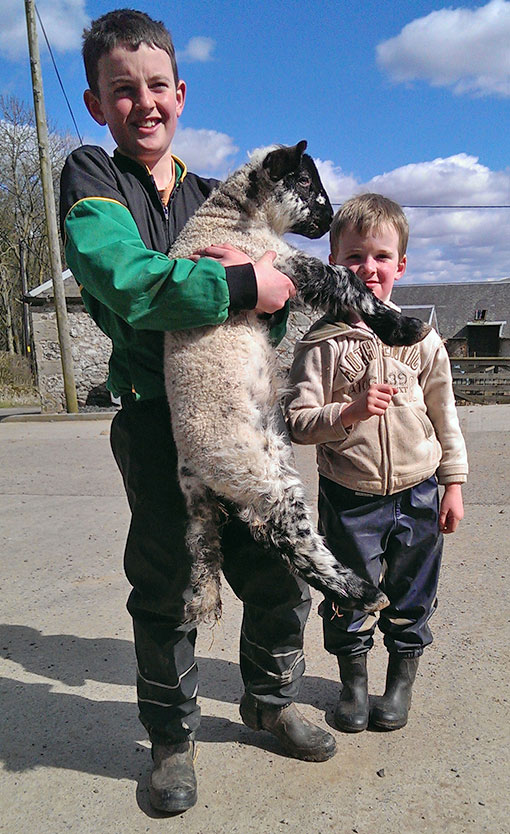