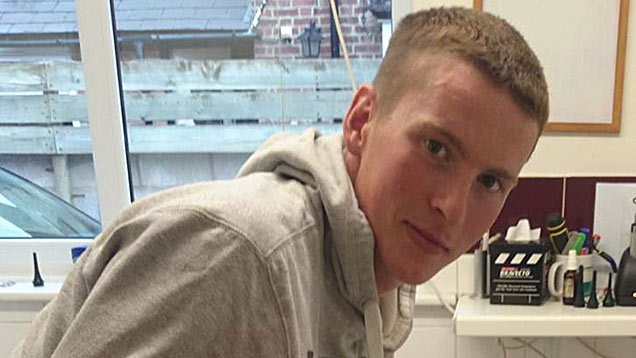 The heartbroken girlfriend of a young farmer killed in a farm accident has paid an emotional tribute to him, saying he gave her the best days of her life.

His girlfriend, Elaine Arthurs, said the 20-year-old stockman was “loving, kind, generous and thoughtful” – and always made her smile and laugh.

“Billy was hardworking, helpful and willing, someone that was unknowingly capable of anything,” she told Farmers Weekly.

“I feel very privileged to have been part of his life and will always be proud to be his girlfriend.”

Ms Arthurs said they had planned a life together and it was hard to imagine a life without him.

“Whatever he did was always for us. He was such a selfless person,” she added. “I will always have, as will everyone that was a part of Billy’s life, great memories of him.

“Not a day went by without him making me smile. I could always rely on Billy to make me feel better about anything. He was such a happy chappy and never let life get on top of him.”

Ms Arthurs said she first met Mr Rudge after her best friend Cheryl invited her for a quiet drink at the local pub – not realising she was “about to meet the person she had been waiting 24 years to meet”.

“I didn’t bother to make much effort at all, but that didn’t bother Billy, he still thought I was the most beautiful person he had ever met, much to my disbelief,” Ms Arthurs recalled.

“And throughout our relationship this never changed, he always seemed to tell me how gorgeous I was, mainly when I was at my worst.

“But that was Billy: he could see past all of the materialistic things in life. Billy himself was beautiful inside and out.”

Ms Arthurs said her boyfriend was a “stockman at heart” whose idea of fun wasn’t being sat on a tractor all day.

“He had a natural way with animals. He particularly loved his sheep. He couldn’t wait to start lambing, especially his beloved Blackies,” she added.

“I remember when he bought them, he told me that we were going to go ‘sheep shopping’ at Hereford market. I was very excited about this and when we got to market the first thing I did was pick up the breeding ewes catalogue.

“Billy looked very worried at this point, I soon realised that Billy had other ideas as he walked towards the cull section. I was horrified at this as we were walking up and down the pens to check on udders and nonexistent teeth.

“But somehow he managed to convince me that it was a good idea and it turned out to be one of many enjoyable days that we spent together.

“As always, he was right, because the pen of 10 Welsh ewes he bought that I wasn’t impressed with he managed to sell a few months later for over double what he paid for them.”

Ms Arthurs recalled another occasion when her boyfriend thought he had bought 20 Scottish Blackface ewes at auction – only later to realise he had agreed to buy 35.

“We waited eagerly for the auctioneer to start selling them. Billy was relieved when the gavel finally went down,” she said.

“However, we thought he was only buying 20 and it turned out to be 35! He put them in lamb to a Bluefaced Leicester-cross and was excited to start breeding his own mules.”

Tributes poured in for Mr Rudge on social media sites following his tragic death at the family farm.

Sophie Probert wrote on Facebook: “Those who knew him will truly miss him. A number 1 lad. Always there when you needed a chat and was always so kind and loving.

Before he left to pursue a full-time career in agriculture, Mr Rudge attended John Kyrle High School in Ross-on-Wye, from 2006 to 2011.

Headteacher Nigel Griffiths said everyone at the school was “deeply saddened” to hear of Mr Rudge’s tragic death.

He added: “During his time at John Kyrle High School, Billy showed he had a natural aptitude for practical work, which he wanted to build upon in the agricultural community.

“He had successful work placements at WyeWood and Coppice Farm, St Weonards. Adam Evans at Coppice Farm said Billy had kept in touch with him since leaving John Kyrle and had a very successful future ahead of him in farming.”

National Federation of Young Farmers’ Clubs Claire Worden said “To lose one of our own members in this way is simply devastating and we offer our sincerest condolences to Billy’s family, his friends, and everyone associated with Pontrilas YFC and Herefordshire FYFC.

“We will be offering support to all young farmers who have been affected by this terrible tragedy.”