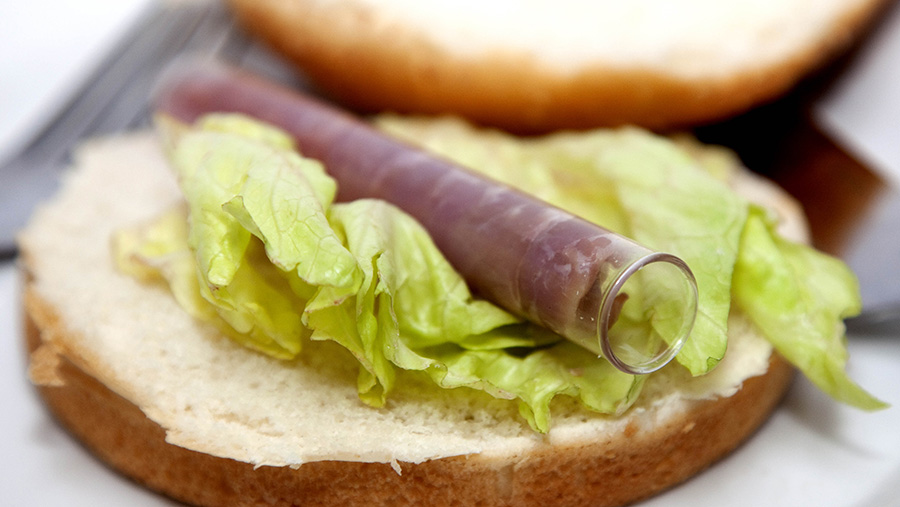 UK agriculture will have undergone a “green revolution” by 2050 with farmers growing genetically modified crops that are self-fertilising, pest and drought resistant, claims a think tank study.

The combination of self-fertilisation and pest resistance along with crops which are saline resistant and heat and cold tolerant will “significantly increase the yield per acre of many food crops”.

In addition, new strains will be developed through genetic engineering that have higher edible yields a plant – and each modified plant will produce more food than previous strains.

What will be the biggest changes to UK agriculture by 2050? Tell us your views by emailing philip.case@rbi.co.uk or add your comments at the end of the story.

Many of these will be developed in UK laboratories and universities, including GM trees that can mature in six years instead of 50 – tree cover will be “many times what it is today”.

These are some of the predictions put forward for agriculture in a new “futurology” study entitled The UK and the World in 2050 [PDF], published by the Adam Smith Institute.

In a chapter titled “Green, green, green”, Adam Smith Institute president Dr Madsen Pirie wrote: “Agriculture will be very much more environmentally friendly by 2050; this will be true throughout the world, but especially so in the UK.

“The difference will have been achieved by the widespread, almost universal, use of genetically modified organisms (GMs).

“GMs will be used to develop strains of crops which can fertilise themselves by the fixation of atmospheric nitrogen to make nitrates.

“Genetic engineering will alter cereal crops so they can achieve what legumes currently do. This will remove the necessity to spread fields with large quantities of chemical fertilisers, with the attendant run-off into rivers and streams that creates algae blooms that kill fish by using their oxygen.”

The UK will also pioneer technology to enable crops to be grown on land previously thought insufficiently fertile, according to the study.

“The effect will be to make much more land susceptible to cultivation, land that was previously thought of as wasteland,” it added.

In terms of the livestock industry, inexpensive lab-grown meats will bring an end to “factory farming”, deliver huge environmental gains and free up large amounts of land for recreational use, claimed the study.

Commenting on the paper, Sam Bowman, executive director of the Adam Smith Institute, said the ability to produce meat in laboratories could lead to the biggest shake-up in farming.

“Scientists have already shown that they can create cell cultured meat, grown in labs, to grow a burger for USD20 (£14).

“In 40 years, that price will come down significantly,” he added.

“It will be interesting to see if we can use the same techniques to grow mince. That could have a huge effect on the livestock industry.”

What do you think? What will be the biggest changes to UK agriculture by 2050? Tell us your views by emailing philip.case@rbi.co.uk or add your comments below.