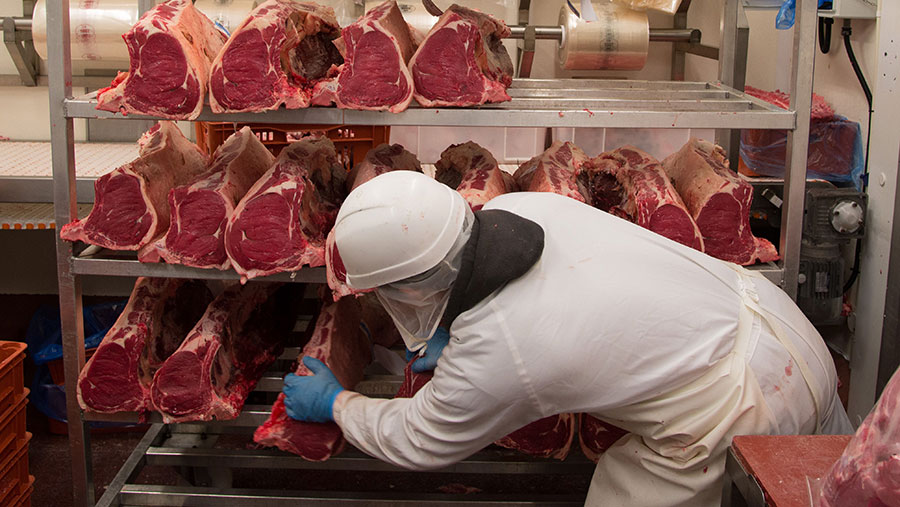 CCTV could soon become mandatory in all slaughterhouses in England as part of government plans to improve animal welfare standards.

Defra launched a six-week consultation on Friday (11 August), which will make require CCTV in all areas where live animals are present in slaughterhouses a legal requirement, with unrestricted access to footage by official vets.

“As we prepare to leave the EU, these measures provide a further demonstration to consumers around the world that our food is produced to the very highest standards,” said the minister.

The use of CCTV is voluntary in Scotland and Wales, with the Welsh government concluding in 2016 that mandatory CCTV would not necessarily lead to better welfare in slaughterhouses.

In January, French ministers voted for compulsory CCTV in all of the country’s slaughterhouses.

Heather Hancock, chairman of the government’s Food Standards Agency (FSA), the body responsible for carrying out checks in approved slaughterhouses to ensure animal welfare is protected, said the organisation looked forward to the introduction of compulsory CCTV in abattoirs in England.

“The FSA takes a zero tolerance approach to any breaches of animal welfare standards in slaughterhouses,” she said.

“Last year, we concluded that it was time to make CCTV compulsory in slaughterhouses, progress on voluntary adoption having plateaued.”

British Veterinary Association president Gudrun Ravetz welcomed the proposals, adding the organisation was particularly pleased the government had listened to its calls for FSA vets to have access to the footage.

Mr Ravetz added: “Mandatory CCTV in all areas of slaughterhouses will provide an essential tool in fostering a culture of compassion that could help safeguard animal welfare.”

Animal welfare activists have been campaigning for years to make CCTV compulsory in all abattoirs after numerous examples of malpractice.

Marc Cooper, head of farm animals at the RSPCA, said: “All farm animals deserve to be treated with compassion and respect throughout their lives, and this includes at the time of killing.”

The RSPCA called for the new regulations to include a requirement for footage to be kept for a period of at least three months, and for it to also be available for independent monitoring.