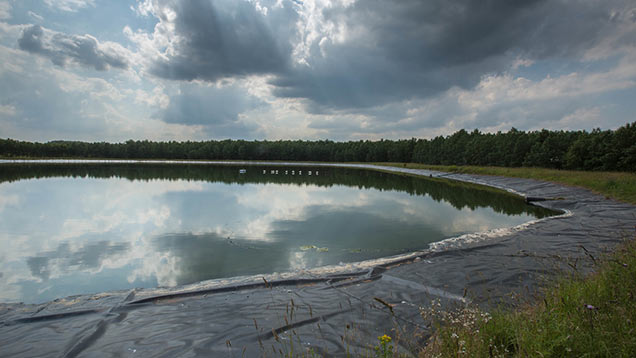 Long-awaited government help could finally be on the way for farmers who want to build reservoirs to irrigate crops, it has emerged.

Defra civil servants are working on proposals that aim to boost farm productivity by offering support for reservoirs and irrigation, growers have been told.

The proposals – being worked up by a small team of civil servants – are likely to be submitted to Defra and Treasury ministers for approval over the coming months.

Growers were given the “heads up” about the proposals during a UK Irrigation Association conference at the Orton Hall Hotel, Peterborough, on Wednesday (1 March).

Defra minister George Eustice has frequently spoken about his desire to target farm support at projects designed to improve agricultural productivity when the UK leaves the European Union.

Any proposals would have to be rubber-stamped by the Treasury, as well as Defra.

“Nothing has been formally agreed yet,” said David Sillett, who leads the Rural Payments Agency’s development programme for integrated projects.

“To get something agreed, not only do we need to get Defra minister agreement, we also need to get Treasury agreement for whatever is done to spend the money.”

Mr Sillett apologised for being unable to divulge any further information, saying he would have liked to have been more specific.

But he said growers looking for support might like to prepare for the likelihood that the agency would publish more details in the next few months.

“It is not formally signed off yet, but I am expecting something to happen,” he told conference delegates.

The news comes amid growing pressure on farmers to secure adequate water to irrigate crops – especially in East Anglia and south-east England.

The region is the driest in England, yet it is also the fastest growing in terms of population, which means demand is high for limited supplies of water.

A draft long-term strategy for water is expected to be published this spring by Water Resources East, which is working to secure adequate supplies for the region.

The network is a partnership bringing together regulators, companies, retailers and individuals in the water, agriculture, power and environmental sector.

It is examining the needs and potential trade-offs across all these organisations in an attempt to balance the interests of households, agriculture, the economy and the environment.