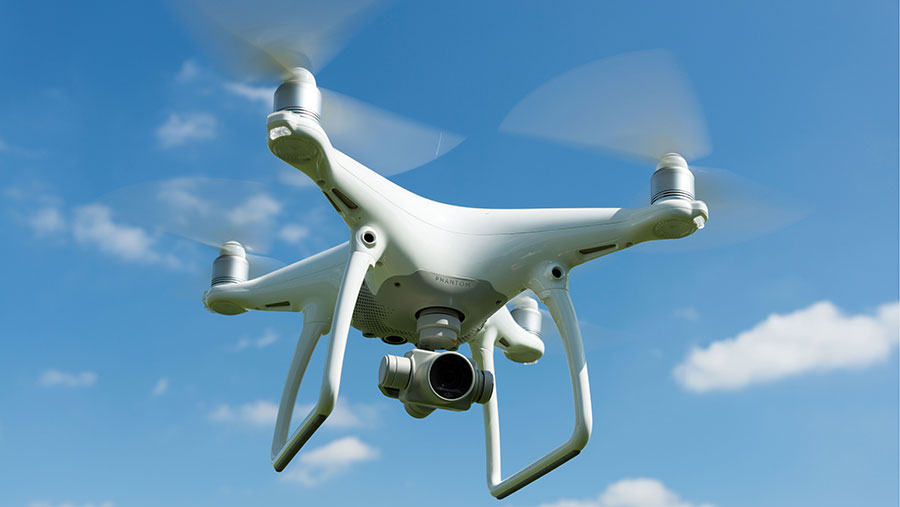 Leisure users of drones weighing more than 250g will have to officially register and take a basic knowledge test under plans laid out by the government to tackle the misuse of drones by irresponsible flyers.

Farmers have been calling for tougher rules for recreational drone users as their popularity increases to protect privacy and the safety of property.

The government said respondents to a recent consultation favoured a registration scheme to educate operators, create a professional and accountable drone culture and to help build confidence in drone use.

While a lower weight limit of 1kg for registration received the most support in the consultation, the government said it couldn’t ignore the danger posed to aircraft by lighter drones.

However, users will only have to register once to use multiple lighter drones.

Farming leaders today welcomed the government’s plans, since while the use of drones has many on-farm benefits, their misuse has affected farmers’ privacy and poses a threat to property and the safety of people and livestock.

Country Land and Business Association (CLA) legal adviser Andrew Gillett said: “We called for compulsory registration for reassurance that drones being flown over private property or land are being done so legally, professionally and safely. So we are delighted the government has listened to our concerns.”

He added that the CLA will continue to push for a change to the law to force drone users to seek landowners’ permission before flying over private land.

NFU assistant land management adviser Rupert Weaver also welcomed the proposals, but said it is not yet known how they would be implemented.

“We are urging caution because if the new regulations are not properly enforced, they will become a burden on genuine users, while having little effect on malicious users,” he said.

“The NFU is encouraged that there will be no further requirements for commercial users and that the government will explore options for rural drone testing sites, both of which are good news for the increasing use of drones for agricultural purposes.”